What is an event?

(n) event (something that happens at a given place and time)

In Pokémon terms, an event is a special promotional happening that allows the player to unlock digital objects in their video games. Therefore, a Pokémon fan needs to already bought the video game in question and the respective video game console, in order to obtain an event Pokémon. 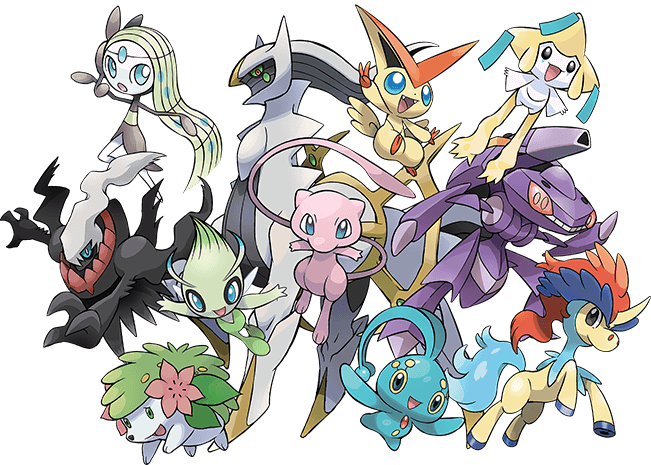 Certain rare and typically, Legendary or Mythical Pokémon, can be described as event-only Pokémon, meaning that they are unavailable through normal gameplay, which means that you cannot catch them by playing the game otherwise. These include but are not limited to the elusive: Mew, Celebi, Deoxys, Darkrai, Manaphy and Arceus.

Such event Pokémon are occasionally distributed through in-store promotions (e.g. at Gamestop in the USA) or via internet and the Nintendo Network. Once an event is over, they might no longer be available through any other means than trading with other players.

Why do they have to be so hard to get?

Some Pokémon species are considered particularly rare, thus have to be hard to get, often impossible to get without attending a Pokémon event. They usually have special traits, such as moves they don’t normally learn, rare held items and Pokéballs while they often unlock hidden sequences in the video games.

The Pokémon I want is not available!

Don’t worry if you missed your chance to get one. We would advise against using cheating methods, it just spoils the fun and lacks the charm: the special traits of event Pokémon can be hardly replicated anyway.

All hope is not lost however and that’s because you can trade these Pokémon from other people. If none of your close friends had the chance to attend an event, then you should find other players willing to trade via the internet their duplicate rare Pokémon in our community.

First introduced in Pokémon Diamond & Pearl, Mystery Gift is a feature than enables the player to download Wonder Cards, which in turn allow the player to receive a gift from a delivery man/woman awaiting inside any Pokémon Center. You can however only store a limited amount of Wonder Cards but old ones can be deleted without consequences after receiving their respective gift. Any Wonder Card and thus any event, can only be claimed once per game cartridge, unless you start a new game. Sometimes, an event only becomes available after entering a special code, but the Mystery Gift process doesn’t change much from the one depicted below. 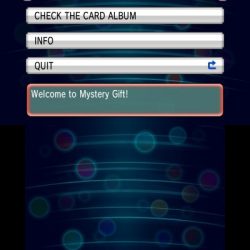 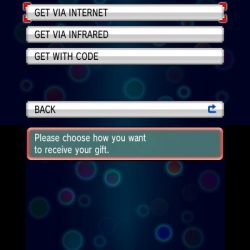 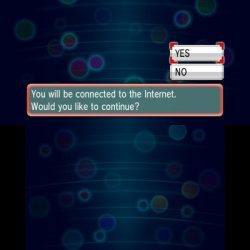 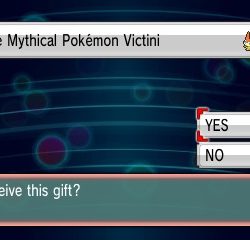 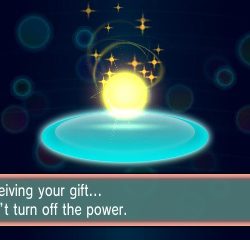 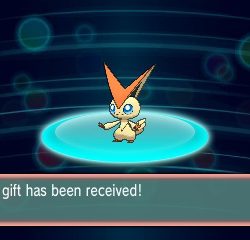 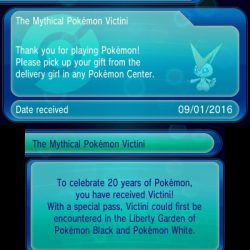 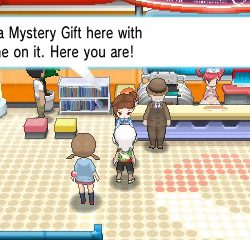 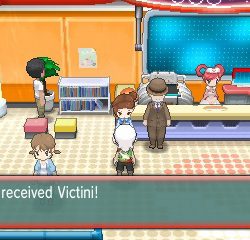 As previously mentioned, some events are distributed in physical stores (e.g. at Gamestop in the USA), while many other are available through the Nintendo Network, which requires that you have properly set up your Nintendo Wi-Fi connection settings, and are in the physical proximity of a Wi-Fi access point. If you don’t have one in your home, you may be able to access one in your neighborhood café or games store.

You can always learn about the latest events through our homepage calendar or the official Pokémon website.