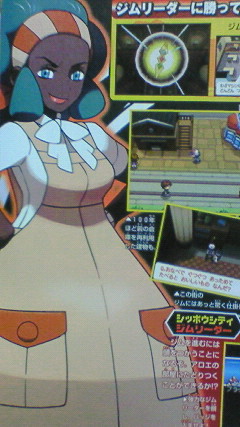 Indeed as the fellow webmaster from Pokejungle states in the comments, we’ve been all fooled. Impressive FAKE; my hat’s off to whoever did it. This caught me off town hence the belated update from the phone. You can still see the fake scan after the break.

We do know for sure though, that Aloe is a gym leader. Also, don’t miss the previews news of the day!

New bits of information from the latest CoroCoro magazine are as follow: 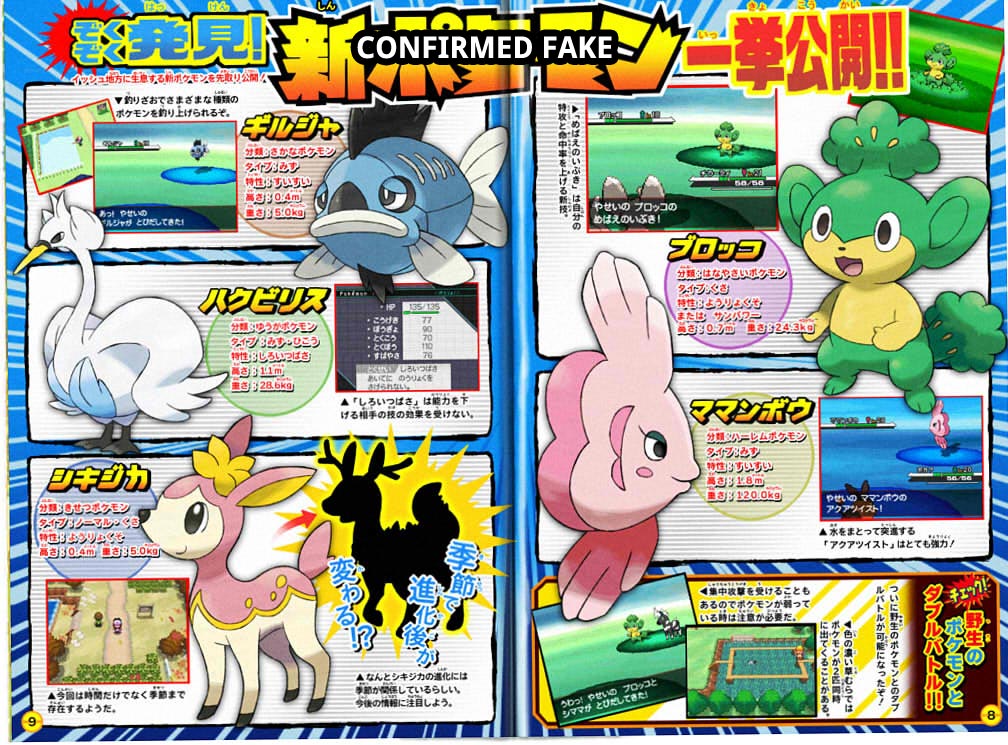