The first pictures from December’s issue of CoroCoro have appeared as you can see below, revealing more information about the upcoming games, just before their release. 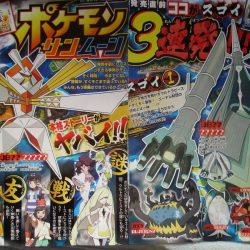 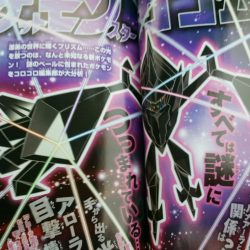 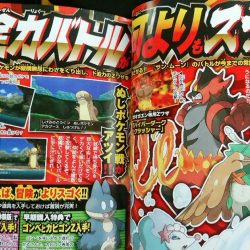 The first picture shows two new Ultra Beasts. Not much is revealed about the two of them, not even their names as both are referred to as UB?? ?????. Update: A clearer image has surfaced revealing a third new Ultra Beast, UB05 Gluttony.

The second picture shows a mysterious black Pokémon. Once again, its name isn’t revealed, however the picture questions its connection to Solgaleo and Lunala.

The third picture contains screenshots of the starters’ exclusive Z-Moves.

We will update this post with more information in case more CoroCoro pages leak so keep checking back!