Remember those supposedly fake starter evolutions that popped around a couple of days ago? Well better get used to them, they’ll eventually prove to be the real deal. 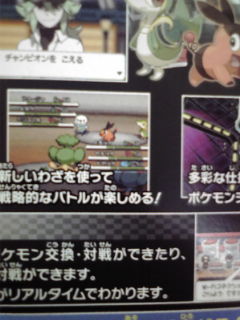 Update: Last but not least, some new scan was leaked in the japanese 2ch board earlier today, revealing a screenshot of a blue, Water-type Yanappu, called Hiyappu [ヒヤップ]. The same poster, claims that there’s also a Fire-type, called Baoppu [バオップ], essential forming a monkey-trio, that probably (our speculation, not theirs) appears in Dento’s gym.