We did advise you not to bet against the validity of the starter Pokémon evolutions; in case you did, you’ve just lost! If you can’t do the maths then I’m sorry; really. Keep an eye on Pokéxperto for what they have been saying is now officially backed up.

And this issue reveals the following: 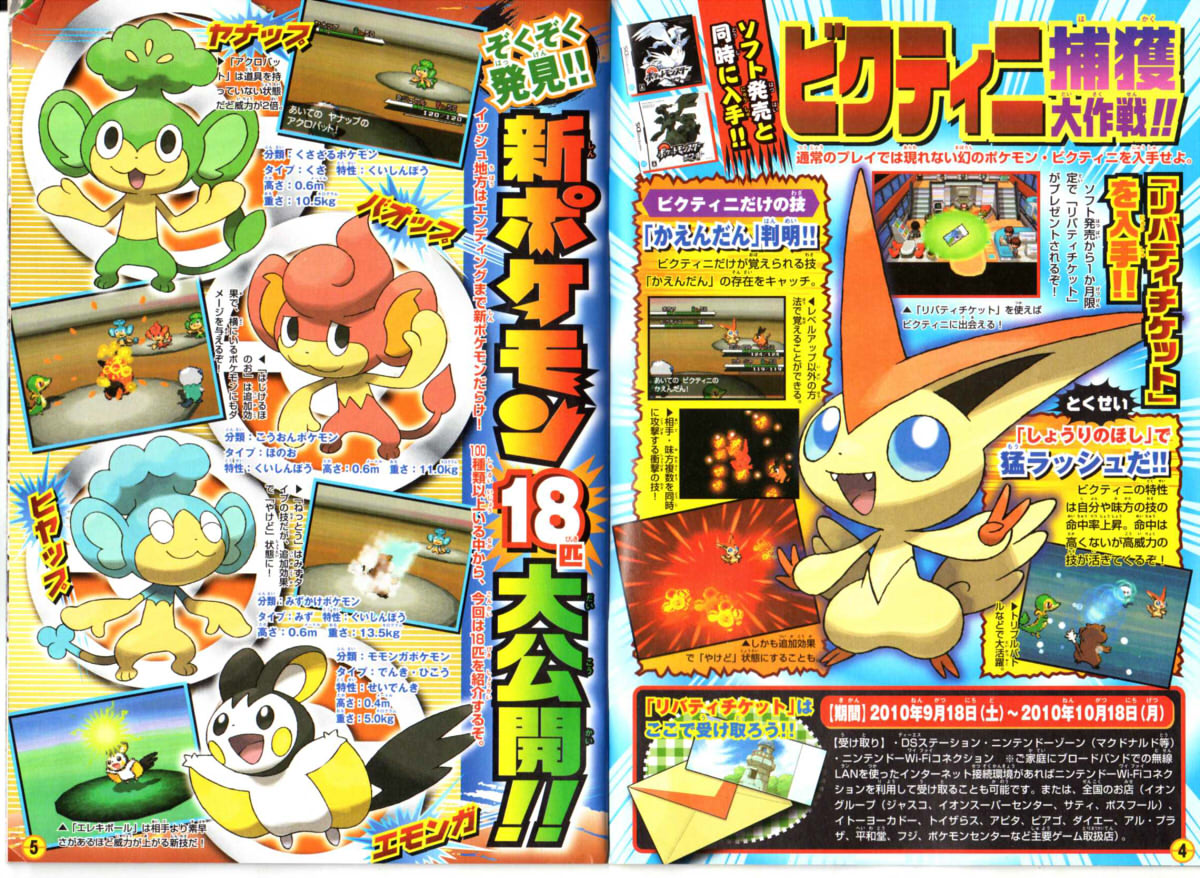 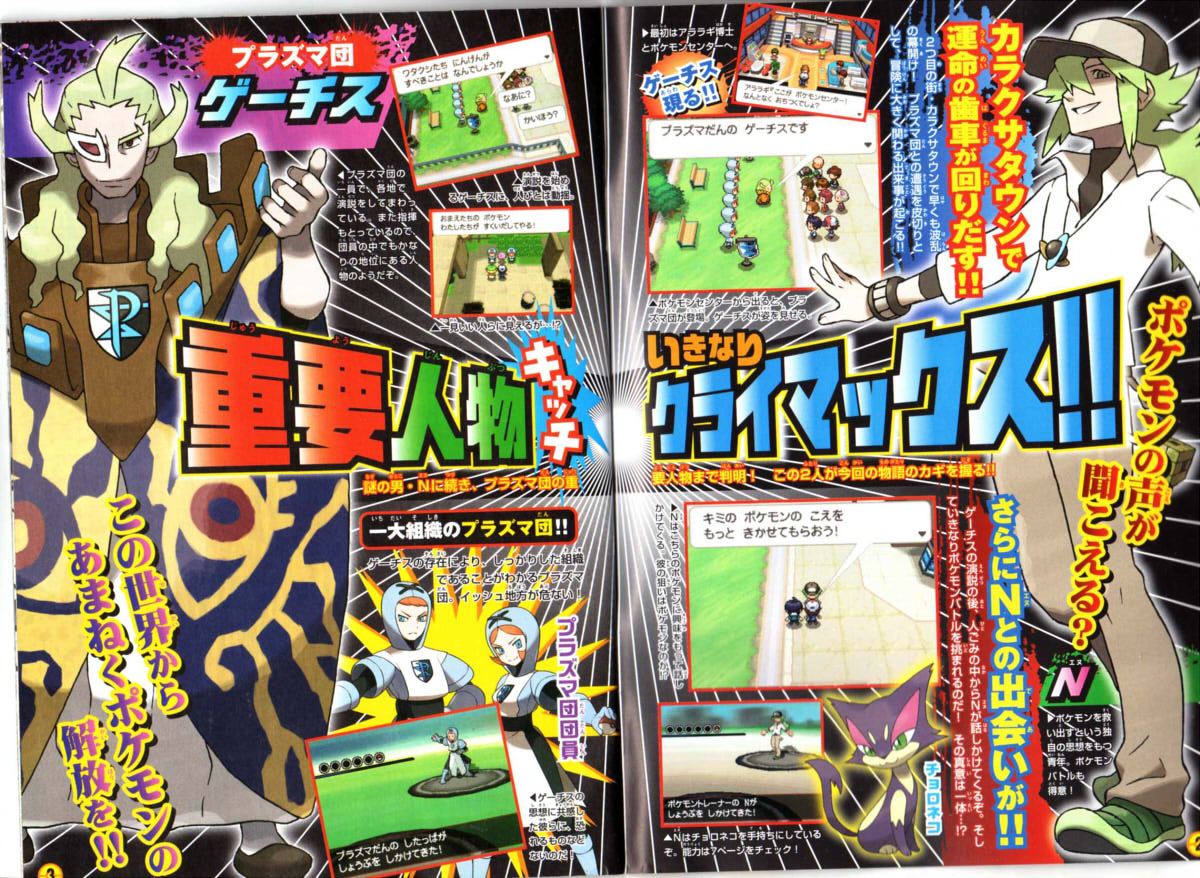 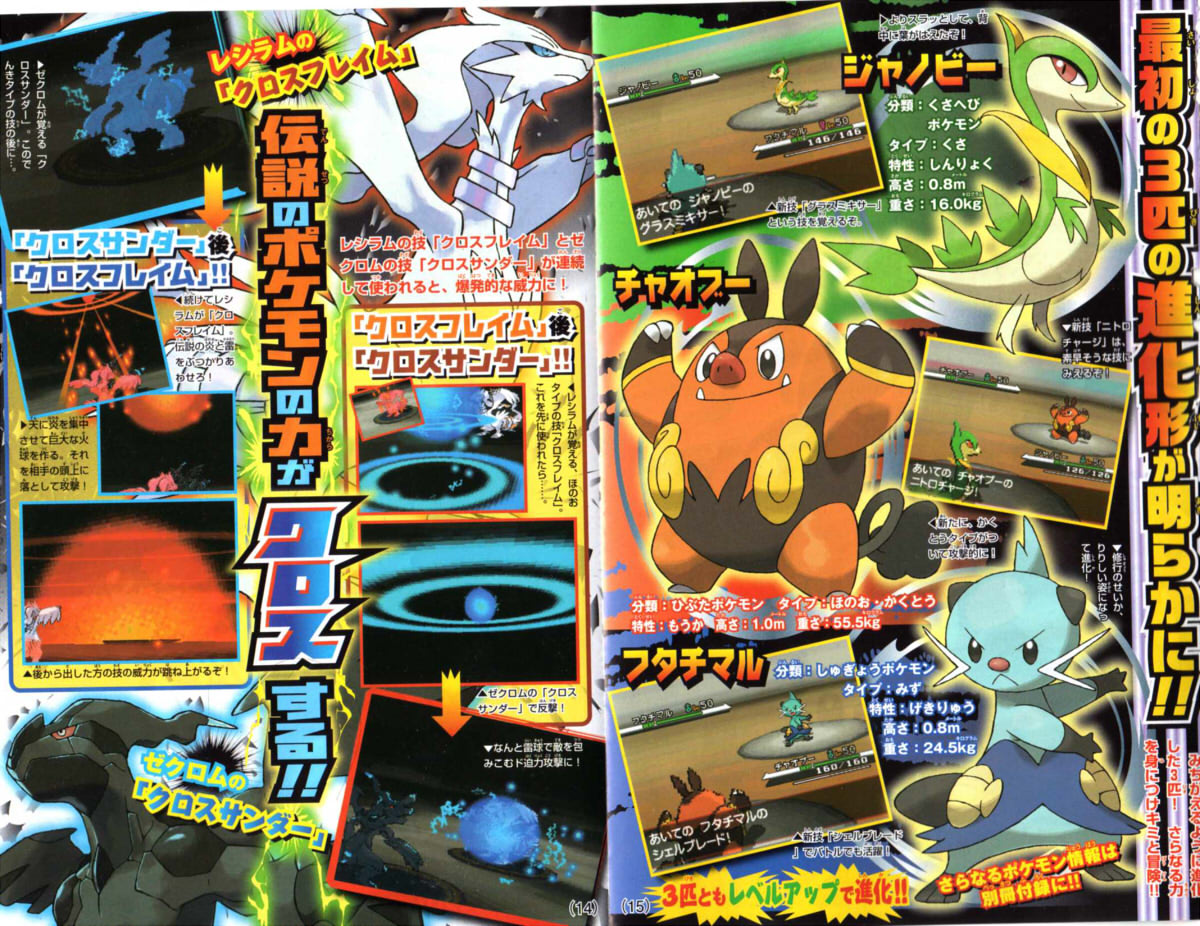 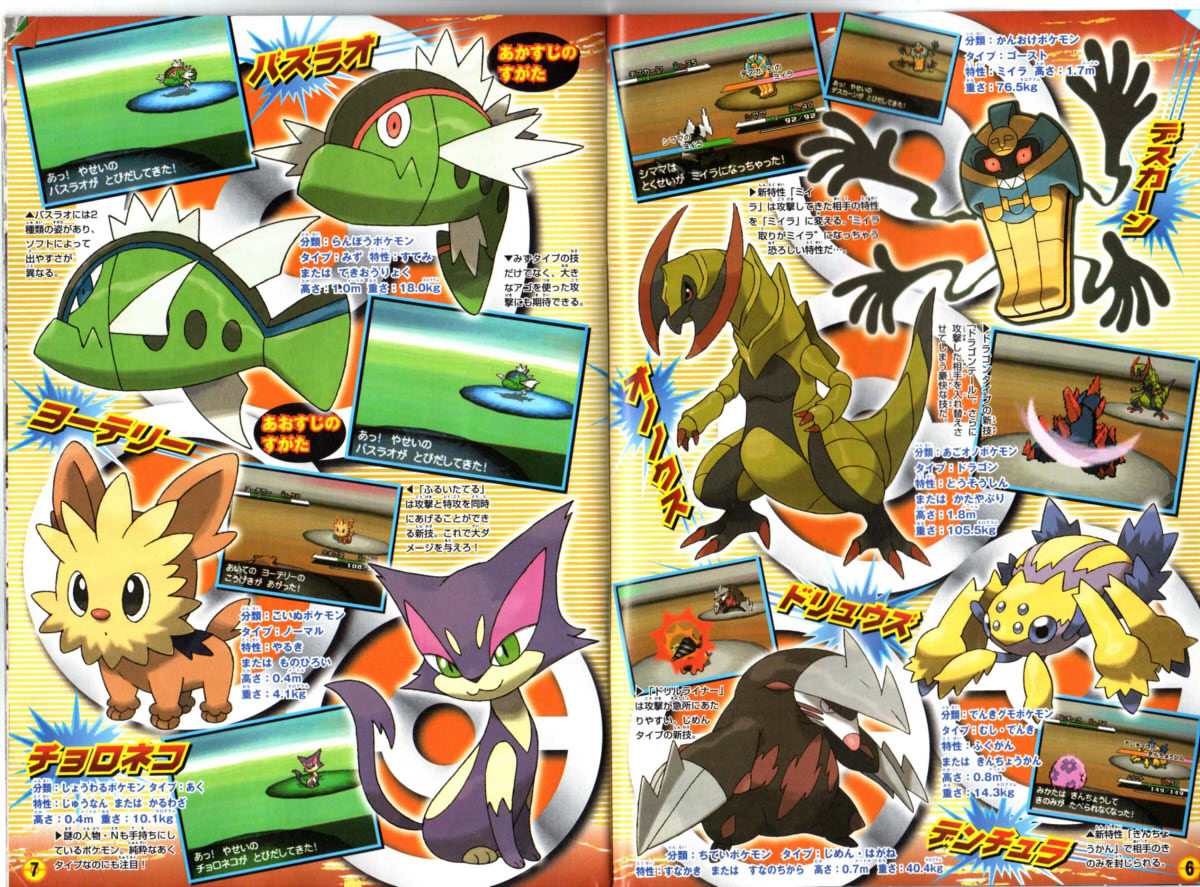 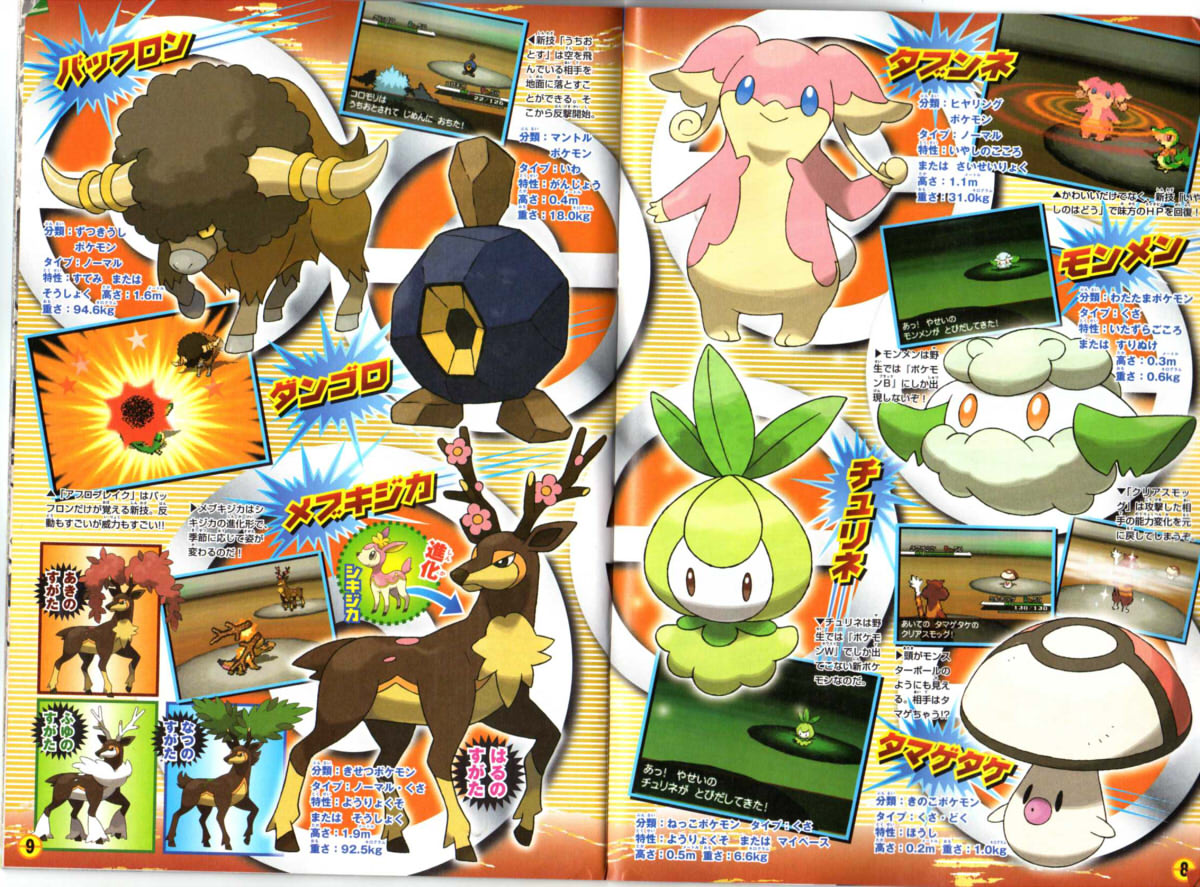 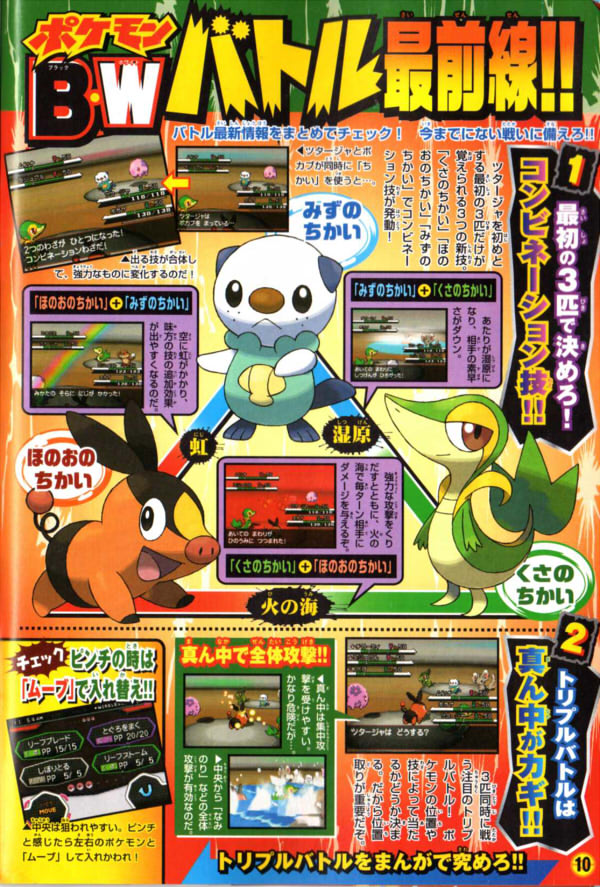 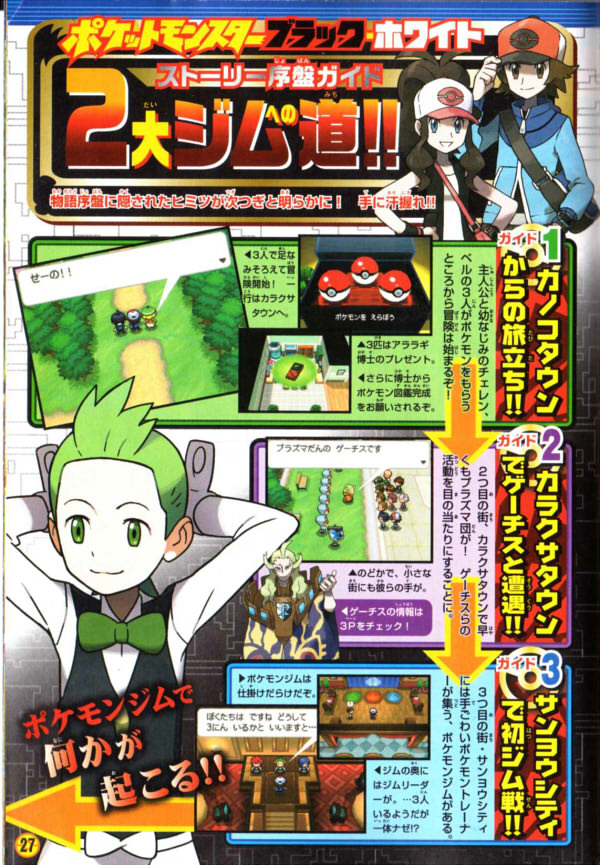 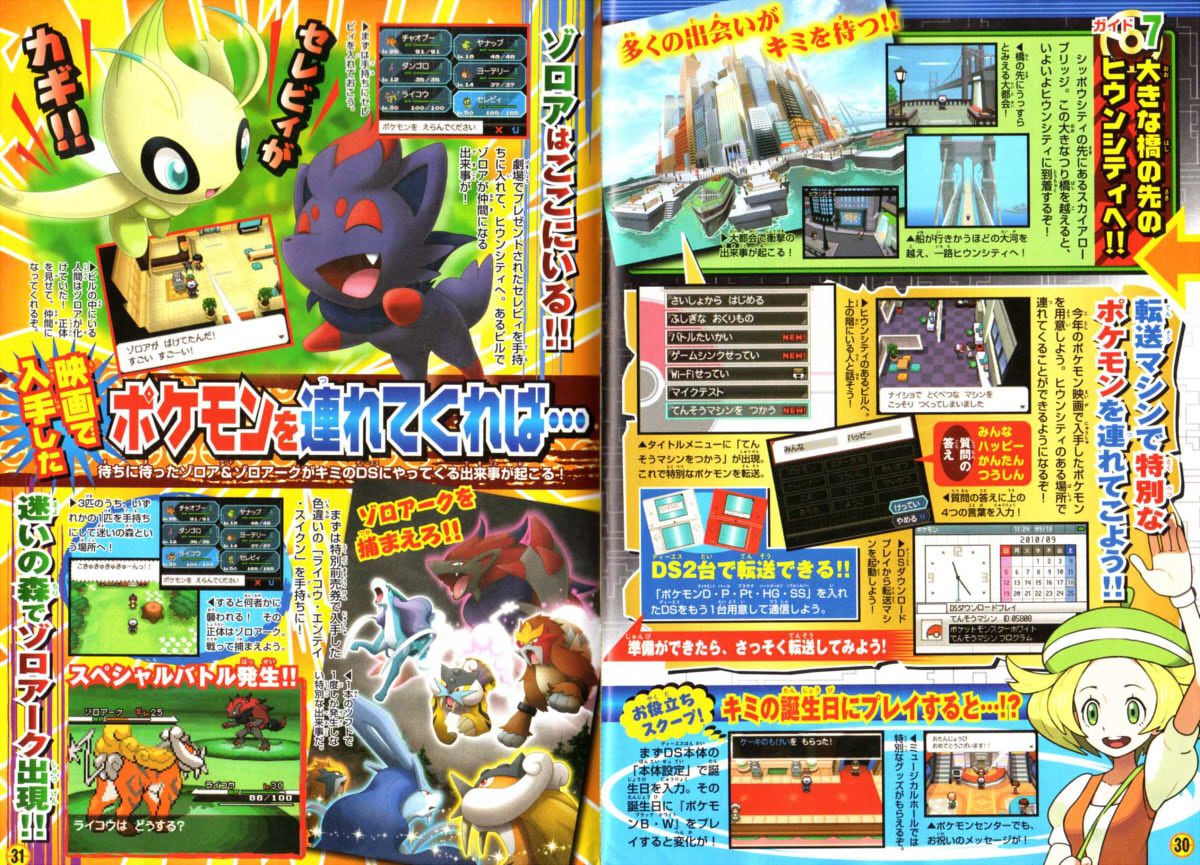 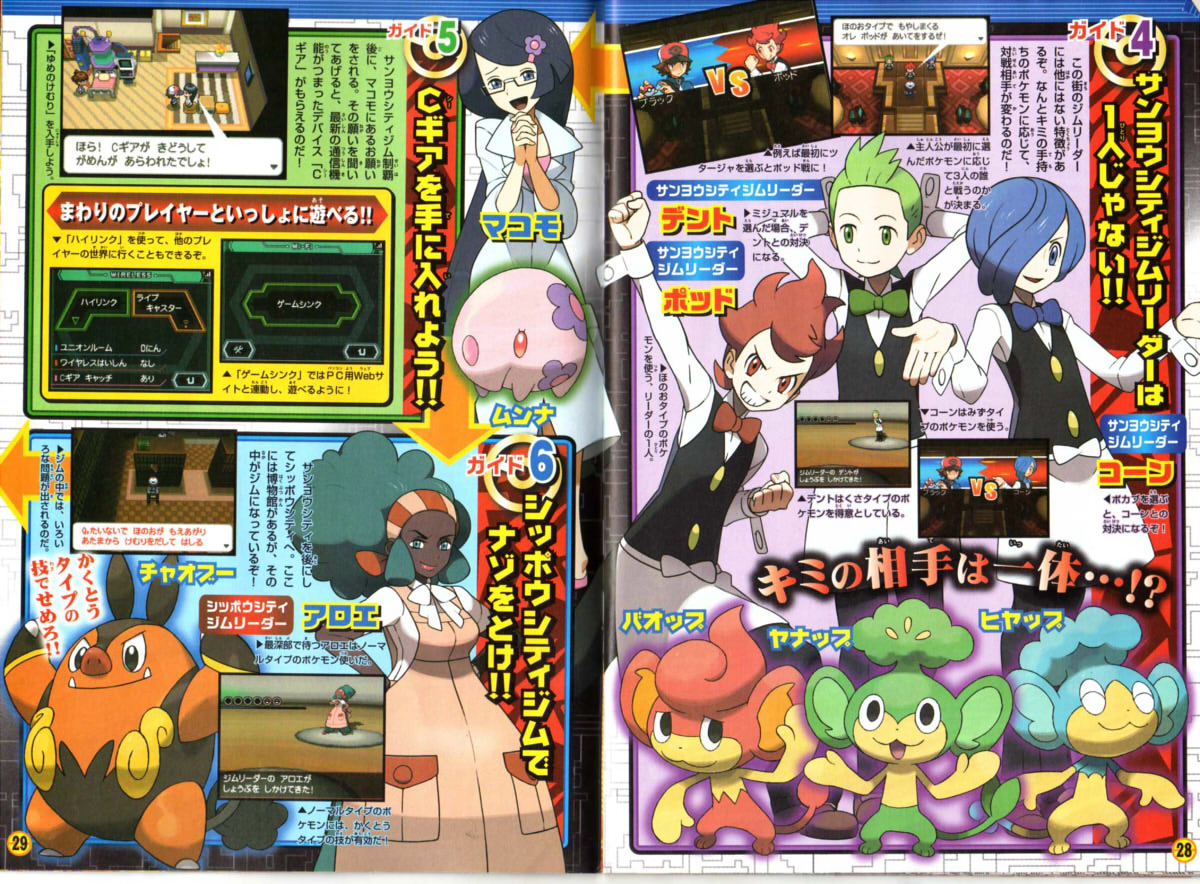 There are two other gym alongside Dento which use the other elemental monkeys. The fire gym leader is named Poddo [ポッド] and the other one is Koon (コーン). The gym leader you face appears to depend upon your starter Pokémon.

Thanks to Serebii for parts of the translation