The Korean official Pokémon website has revealed that a new “Island of Dreams” area will become available in the Korean DW on November 16th. The new area is called Rugged Mountain and contains mostly Rock- and Ground-type Pokémon, the only confirmed one being Larvitar so far. A new mini-game also becomes available where you have to collect some gems with a Sableye. As expected, you’ll be also able to buy new furniture for your Dream House including a spaceship-looking Dream House. Although not announced, it is safe to assume that new items and berries will be obtainable in this area as well.

An international release hasn’t been set for this expansion yet, but it can’t be that far away!

Update: And as expected, Rugged Mountain is now confirmed by the PGL website for simultaneous worldwide release on November 16th!

Here are some screenshots of the new area: 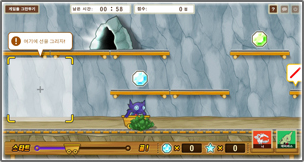