Scans of this months issue of CoroCoro have started leaking on japanese boards as usual. In the first scan below, we can see the boxart of the two new games, featuring Black Kyurem and White Kyurem as expected. The scan also confirms that Black 2 and White 2 are not “Pokémon Grey” in disguise, but a completely new game with a new story. The second scan contains information on the distribution of Keldeo to japanese players. Players that pre-book a ticket for the 15th Pokémon movie will be able to receive Keldeo from June 23rd until August 31st. Keldeo will be at Level 15 and will most likely unlock some kind of in-game event in Black 2 and White 2. Next to Keldeo’s summary screenshot (which is unfortunately too blurry to make out), we can see a screenshot of Kyurem, which may hint to a Kyurem distribution as well. 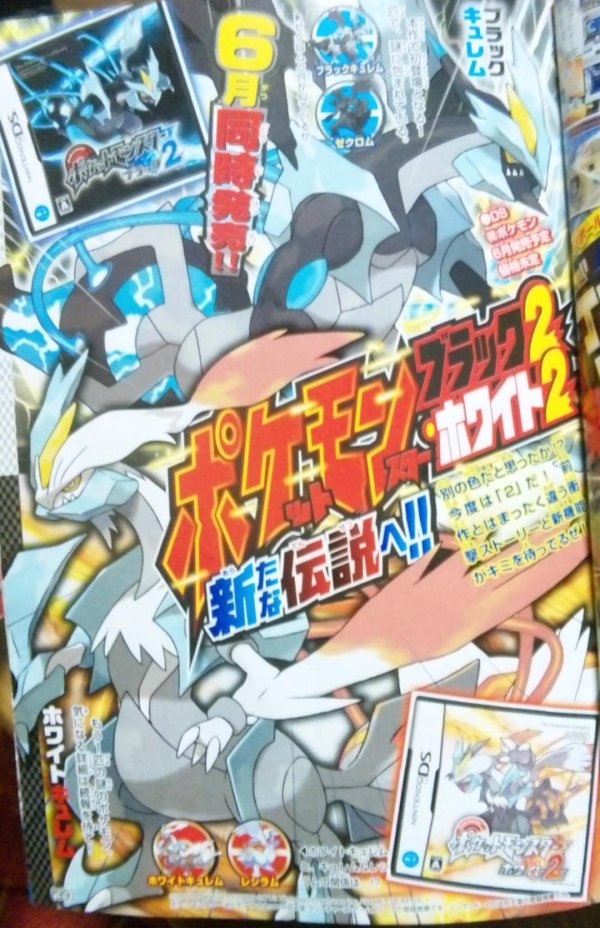 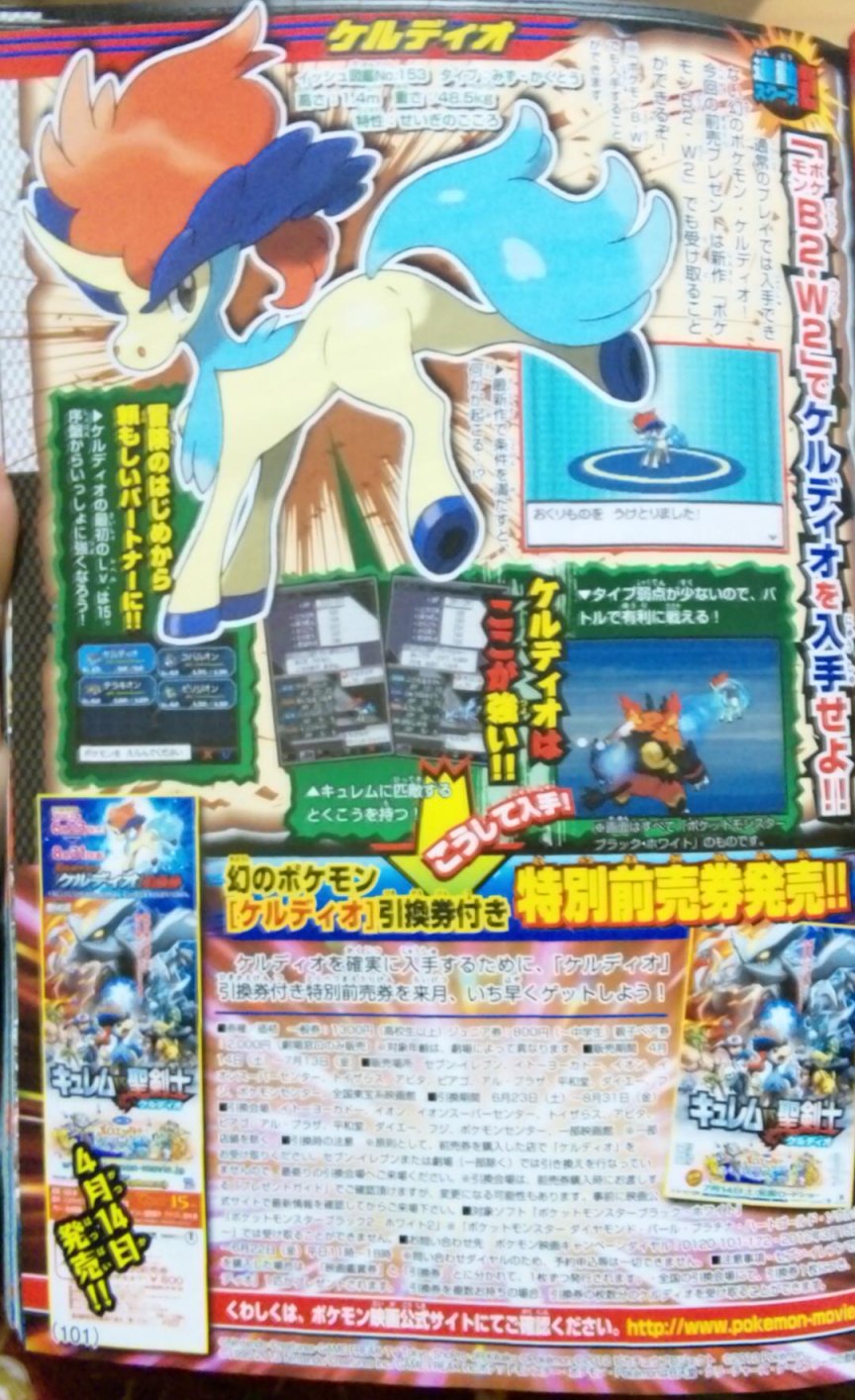 Update: According to AAPF, a Meloetta distribution has also been confirmed. Players will most probably receive Meloetta inside the movie theater, in a similar way to how Reshiram and Zekrom were distributed last year. More details about this event will be posted soon on the official Pokémon movie website.

Once (and if) more scans are available, we will update this news post with more information, stay tuned and drop by the B2/W2 thread on our forums!