Pictures of the October issue of CoroCoro have emerged and they revealed a new Pokémon Mystery Dungeon game for the 3DS. Pokémon Mystery Dungeon: Magnagate and the Infinite Labyrinth [ポケモン不思議のダンジョン ～マグナゲートと∞迷宮～], which will be released later this year in Japan, involves the character waking up as a Pokémon after a dream. Unova region Pokémon like Gurdurr, Hydreigon and Virizion will be making their first appearence in the PMD series. The game also comes with an Augmented Reality feature, where you scan real-life objects and create Magnagates, portals that unlock new dungeons within the game. 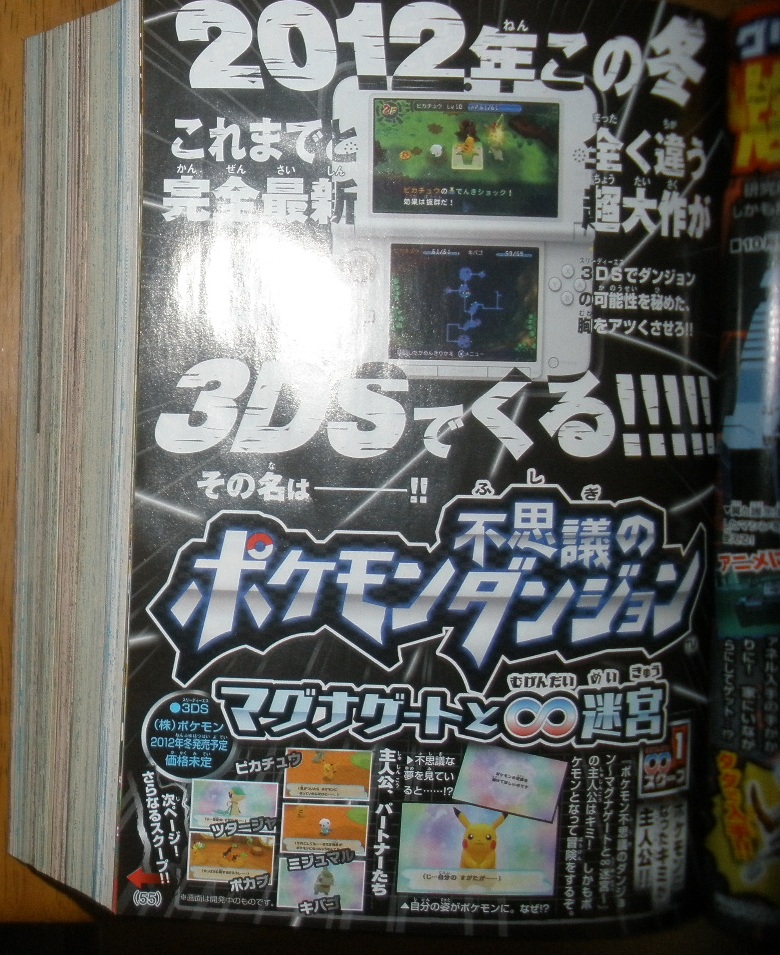 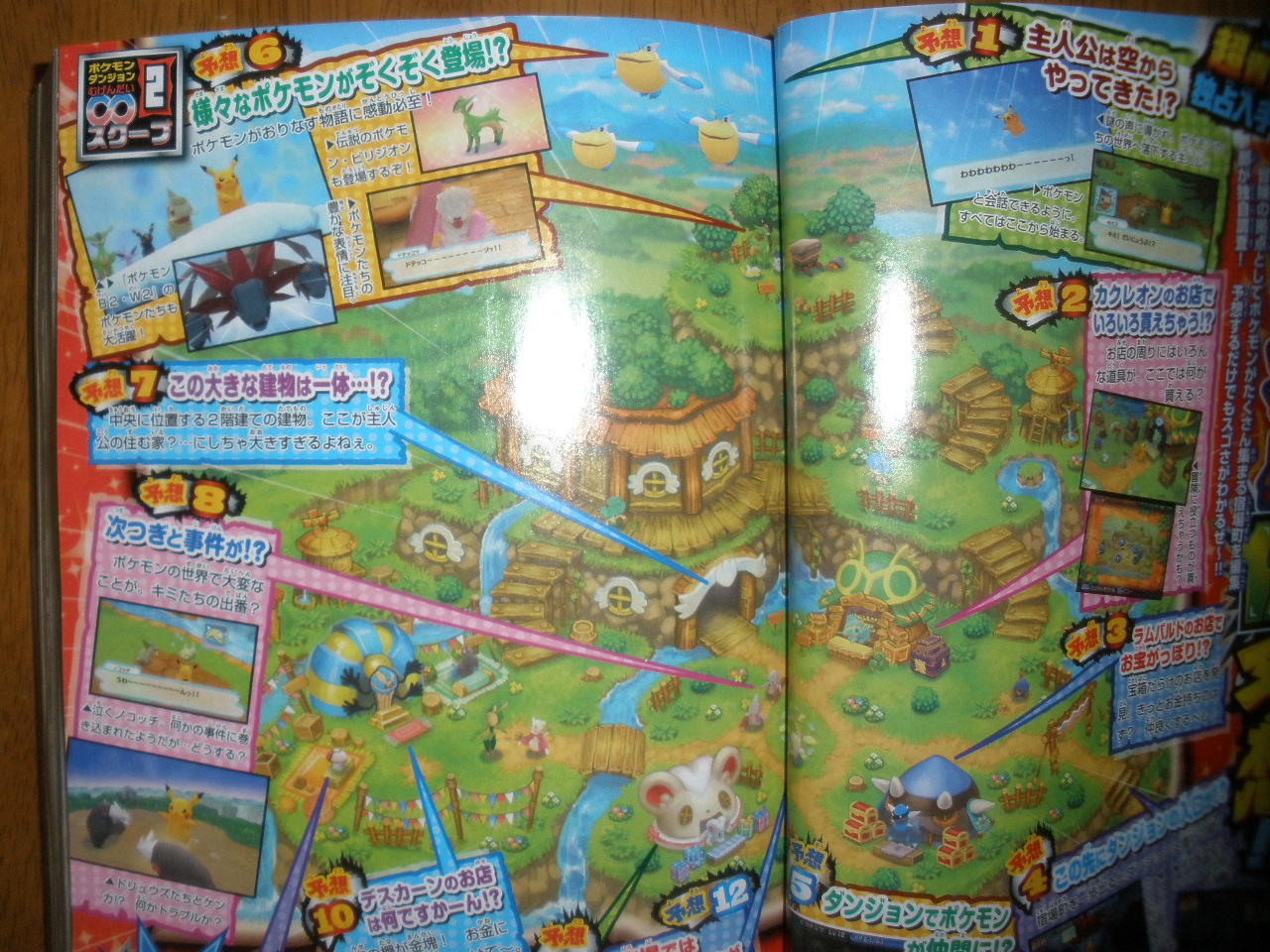 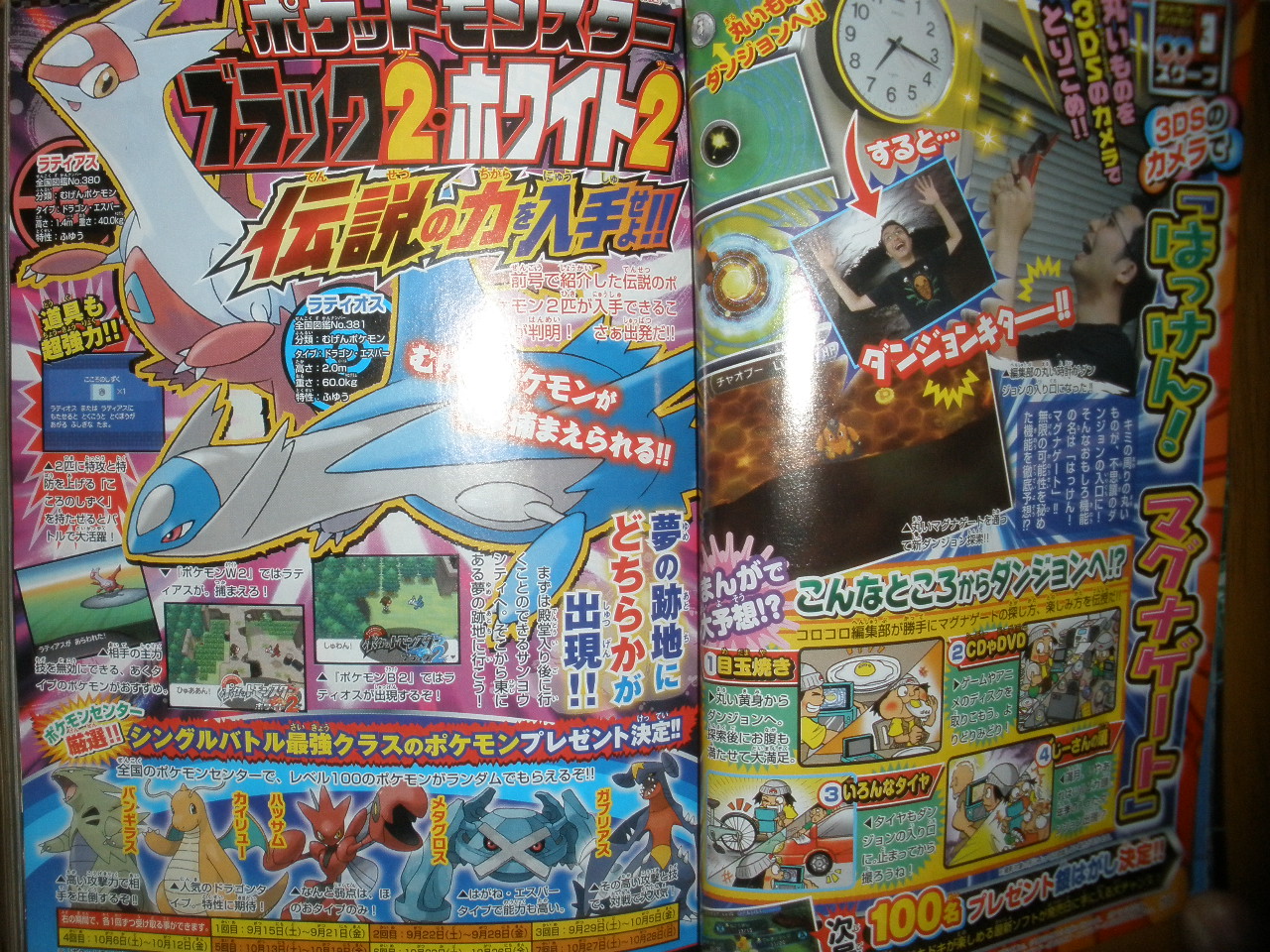 Update: A trailer for the upcoming PMD game has been uploaded on the official Pokémon Youtube account, watch it below!

Apart from a new PMD game though, we saw another announcement today. Nintendo revealed the release date, specs and prices of their new home console, Wii U. Wii U will be released on November 18th in the USA, November 30th in Europe and December 8th in Japan. You will be able to choose between two bundles, the Basic Set (white, 8 GB, $299.99) and the Deluxe Set (black, 32 GB, Wii U stand, charging stand and play stand for the gamepad, membership to the Nintendo Premium Network, $349.99). As usual, prices for the European market were not announced since they depend on the sellers themselves but expect them to be in the €300-350 range. For more information, be sure to check Nintendo’s website.