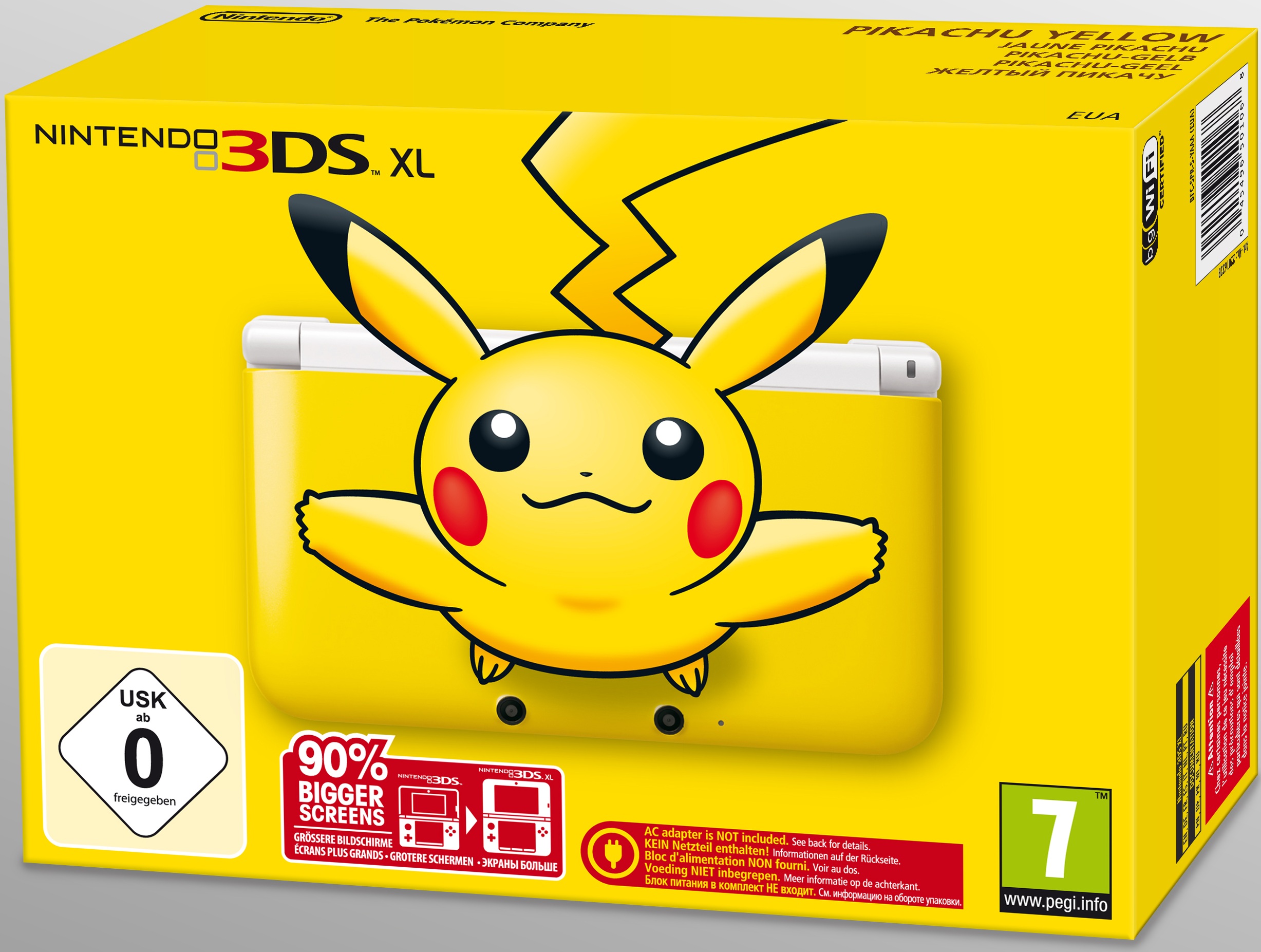 As it had been teased yesterday on the official Pokémon Twitter account, the special Pikachu 3DS XL has been officially announced for North America. The system will be released on March 24th, on the same day as Pokémon Mystery Dungeon: Gates to Infinity. It will be available at participating Walmart, Target, Toys R Us, and GameStop stores for $199.99. According to the official website, quantities will be limited so act fast if you want it!