During the Pokémon X&Y roundtable, more new Pokémon were revealed along with some new mechanics. The Player Search System(PSS) is a new system that will allow players to fight and trade locally and online and will also take advantage of the 3DS Friend List. It was confirmed that there will be only one save slot per game, while they also announced that you can choose the language of the game from a selection of 7 different languages. They also revealed two new battle styles. Horde Encounters are 1 vs 5 wild battles while Sky Battles are a type of battle that only Flying Type Pokémon and those with Levitate can take part and emphasizes on different camera angles.

Some new Pokémon were also revealed. Skrelp is Poison/Water type Pokémon that looks like a Seahorse and it can use Sludge Bomb. Clauncher is the crustacean and it’s a Water type that can use Sword Dance and Crabhammer. Finally, the evolution of Fletchling was shown, Talonflame. It’s Fire/Flying and it can use Brave Bird.

CoroCoro magazine was also leaked, showing new Pokémon and new characters. Shishiko is the Lion Cub Pokémon and is Fire/Normal. Furabebe is the Lone Flower Pokémon, a Fairy type. CoroCoro states that the flower won’t be the same for all of them.Vivillon’s pre-evolutions have been revealed as Kofukimushi & Kofuurai and they are Bug types. Asame Town is the starting town. and three characters start the same time as the player.They are Toroba, Tieruno and Sana. The other gender character also appears. 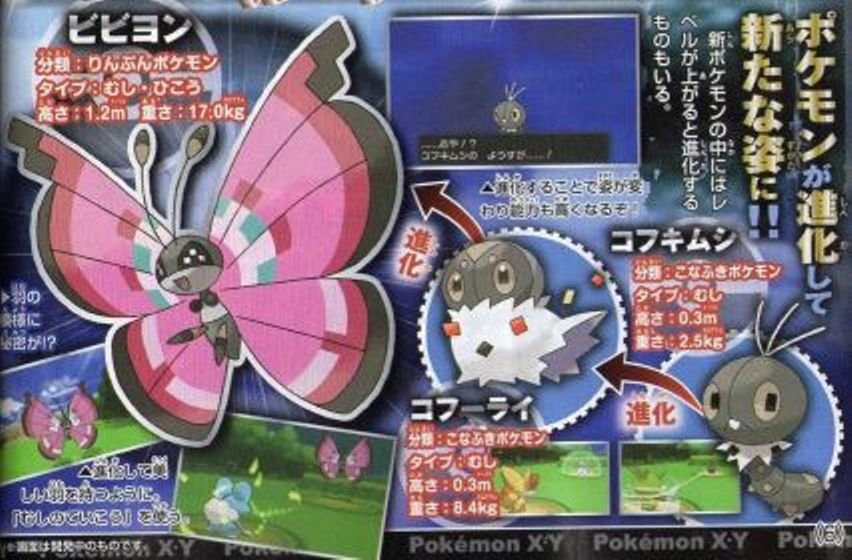 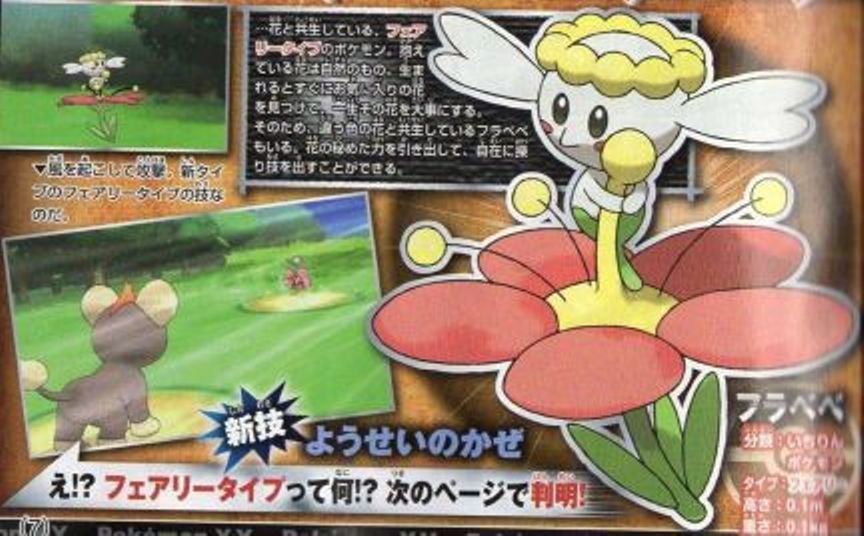 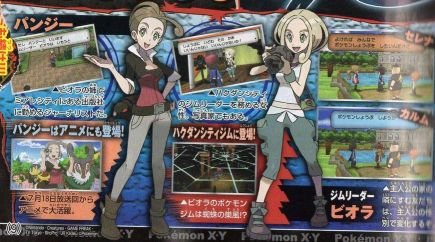 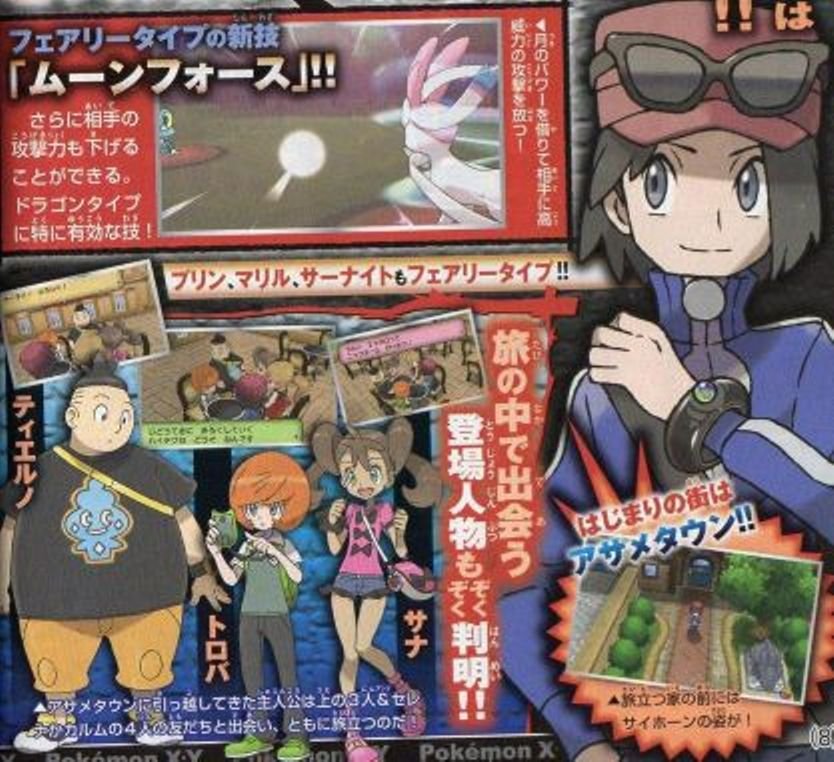