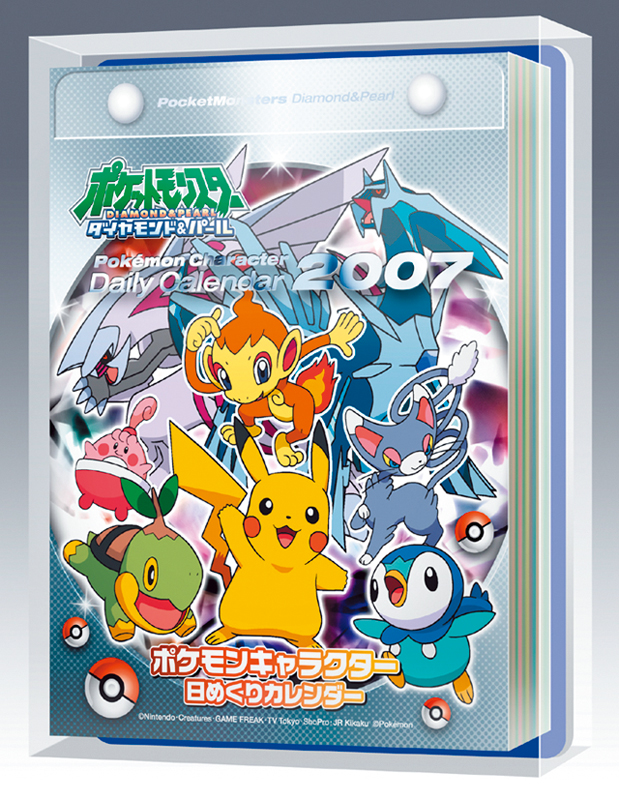 First of all lots of thanks to Arty2 who helped me with HTML and allowed me to write some news here! So, here are the news: Two new Pokémon appeared on a 2007 Daily Calendar on some Japanese Online Stores.

There’s also a new special Pokémon version of Nintendo DS lite which will be released this October in Japan.