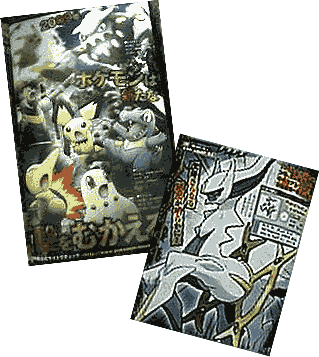 It’s been a while since we last had a worthwhile update, but we all are kinda on a hiatus, for now. There’s a certain rumour that the european release date for Platinum is May 22 confirmed! , while North America is officially getting it on March 22 and any fans that pre-order the game will also get a Giratina Origin Forme figure, while supplies last of course. If that ever happens, then we will be one step closer to a global release, the ever sought dream of any Pokémon fan… But here’s our exclusive info: the european release date is going to be announced on February 16, that is this Monday, and since such an announcement happens that early, isn’t a May 22 launch date more possible, or not?

In other news, there’s the Shaymin giveaway over at Toys R’ Us, till Valentine’s, for the fellow american players (already got mine via wifi, thanks Cynthia). And it looks like the Onyx Black DS Lite is discontinued, possibly in preparation for the DSi while rumour has it that the european date will be close to the north american one…

And last but not least, looks like a Corocoro scan was leaked, depicting Arceus, Chikorita, Cyndaquil, Totodile, Heatran and finally the strange eared Pichu that fooled us all into thinking it was a new species of Pokémon. Arceus is apparently going to star in the 12th Pokémon movie, titled “Arceus – To the Conquering of Space-Time”.