Kid’s show Oha Suta aired a new video from Pokémon Black & White, with previously unseen footage from the games, details on the Pokémon Musical [ポケモン ミュージカル], a new feature that apparently lets you to dress your Pokémon and have them participate in a musical show.

The transfer system for Pokémon of past games, Pokéshifter [ポケシフタ] is presented. It will allow you to transfer 6 different critters each time, and the player will have to capture them again in a fun mini-game. Or not: there’s apparently a connection indicator.

Miruhoggu [ミルホッグ], apparently Minezumi ’s evolution makes an appearance, a deer named Shikijika [シキジカ] (could it be related to Stantler?) and an, as of yet, unnamed stork. Make sure to check the complete video on Filb.de! There’s a wealth of information there, and the official website is expected to update soon, so stay tuned for more. 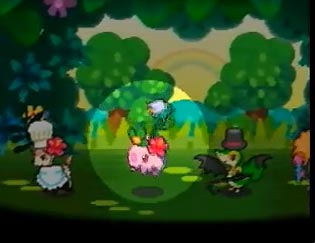 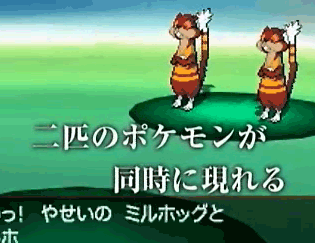