The special Zoroark with the move Snarl that has been already distributed in Japan and many European countries will finally make it to the USA as announced in the official Pokémon website. Zoroark will be distributed in Toys ’R’ Us stores across the US from September 18th to September 25th. The Pokémon itself is at level 50 and comes with the move Snarl, a move that no Pokémon can learn via level-up. You can check the Black and White website for details and instructions on how to receive Zoroark.

Along with the event, a Zoroark C-Gear skin has become available for download for American players in the Pokémon Global Link. The password needed in order to receive the skin is ZoroarkMonth11. The skin will remain in the PGL until January 11th 2012.

Zoroark isn’t the only Pokémon to receive its own C-Gear skin. Over the course of the next four months, a different Deerling skin will become available according to the in-game season mechanic. The first one, the Spring Deerling is already available for players worldwide. The password is JJW2X97D. Don’t forget to download all 4 of them! 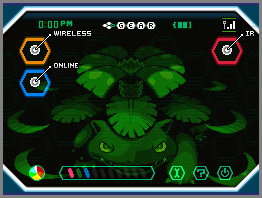 Update: Apparently, one more C-Gear skin has become available for download, this time it’s exclusive to European players. It’s the Venusaur skin and it will be available from today, September 8th until January 19th. The password required to get it is EUPGL092011. Along with Venusaur, two more skins will become available in the following two months, most probably they’ll be Charizard and Blastoise.