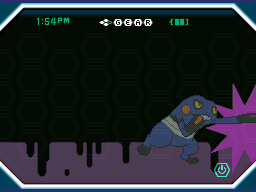 Following Thursday’s news when IGN announced a Croagunk distribution for American games through the PGL, the Official Nintendo Magazine website has now confirmed the same distribution for European games as well. Just like the American version, Croagunk will have its Hidden Ability; Poison Touch. Croagunk will become available this Wednesday, November 16th and the password needed to obtain it varies, depending on your game’s language:

But that’s not all. Along with the actual Pokémon, a C-Gear skin featuring Croagunk will also be available for download starting this Wednesday. Once again, the password required to receive it varies depending on the game’s language: