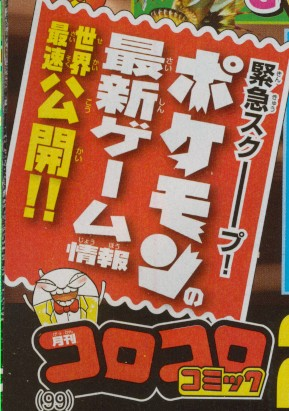 This month’s CoroCoro magazine revealed an exciting bit of information, a new Pokémon game will be announced in next month’s issue which comes out on January 14th. Whether it will be a new main series game, a spin-off sequel or even an entirely new spin-off game remains to be seen. So, what do you people think we are going to see exactly one month from now?