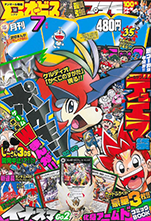 The cover of the July issue of CoroCoro has appeared and Keldeo’s Resolution Forme is featured right in the middle. The new Forme hasn’t changed much compared to the one we already know, Keldeo’s horn is now blue, its mane is slightly different and has 3 pointy things (hair? some kind of crest?) on it, with the colours of Virizion, Terrakion and Cobalion. We can’t make anything else from the cover since the picture is small, but more pictures should appear soon.

Update: Details about what’s in the CoroCoro magazine have been posted on Twitter, although no scans are there to back them up. The poster claims that Tornadus, Thundurus and Landorus change formes with the use of an item, while Keldeo changes to its Resolution Forme by taking it to Sangi Town’s forest. Sangi Town is said to be the second town in the game. Finally, PokéTransfer is still there, allowing you to transfer Pokémon from Gen IV games to B2/W2.

Update: Black and White Kyurem are said to have Teravolt and Turboblaze respectively.

Update: You can trade between B2/W2 and B/W right after you receive the C-Gear. 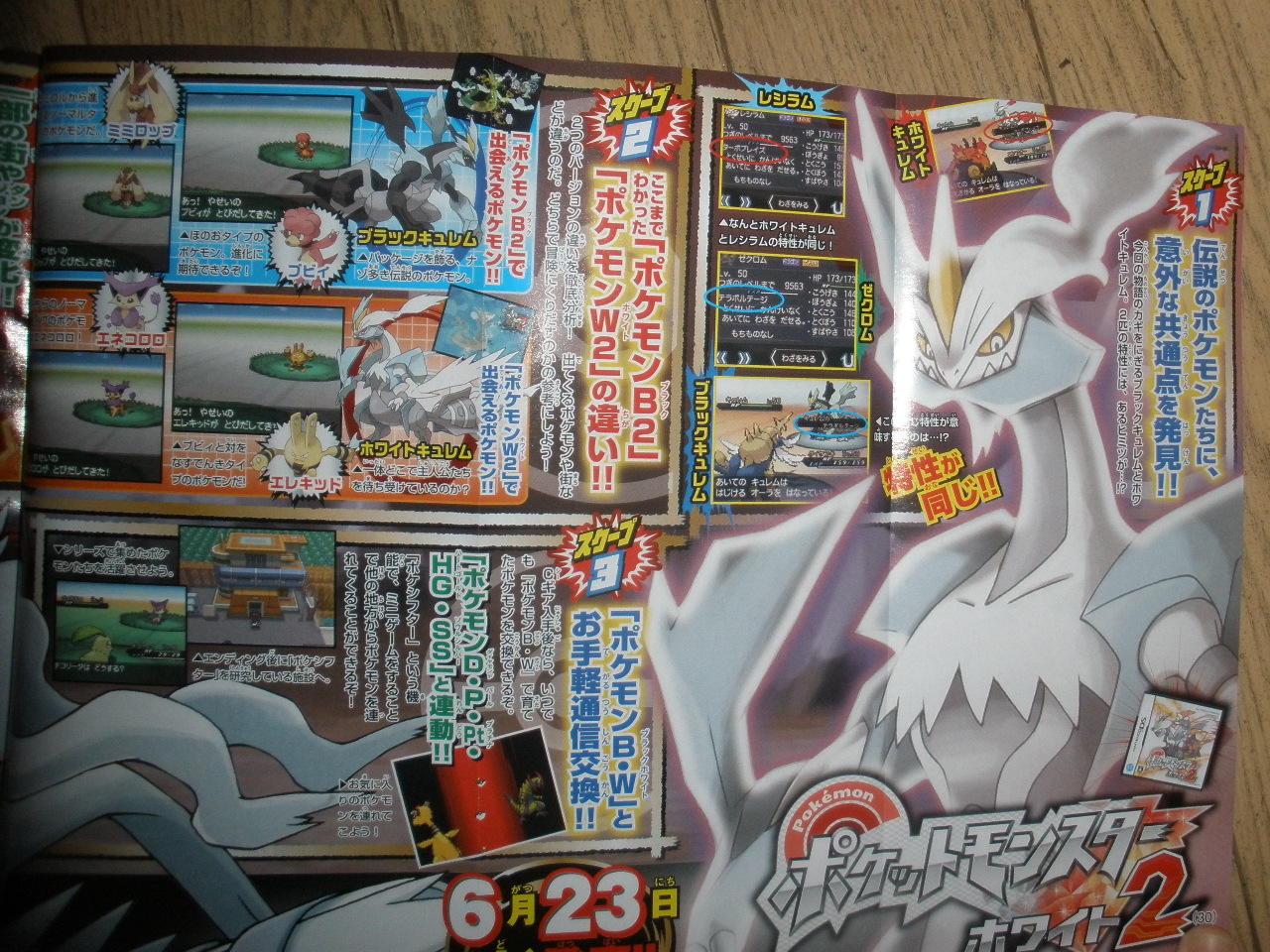 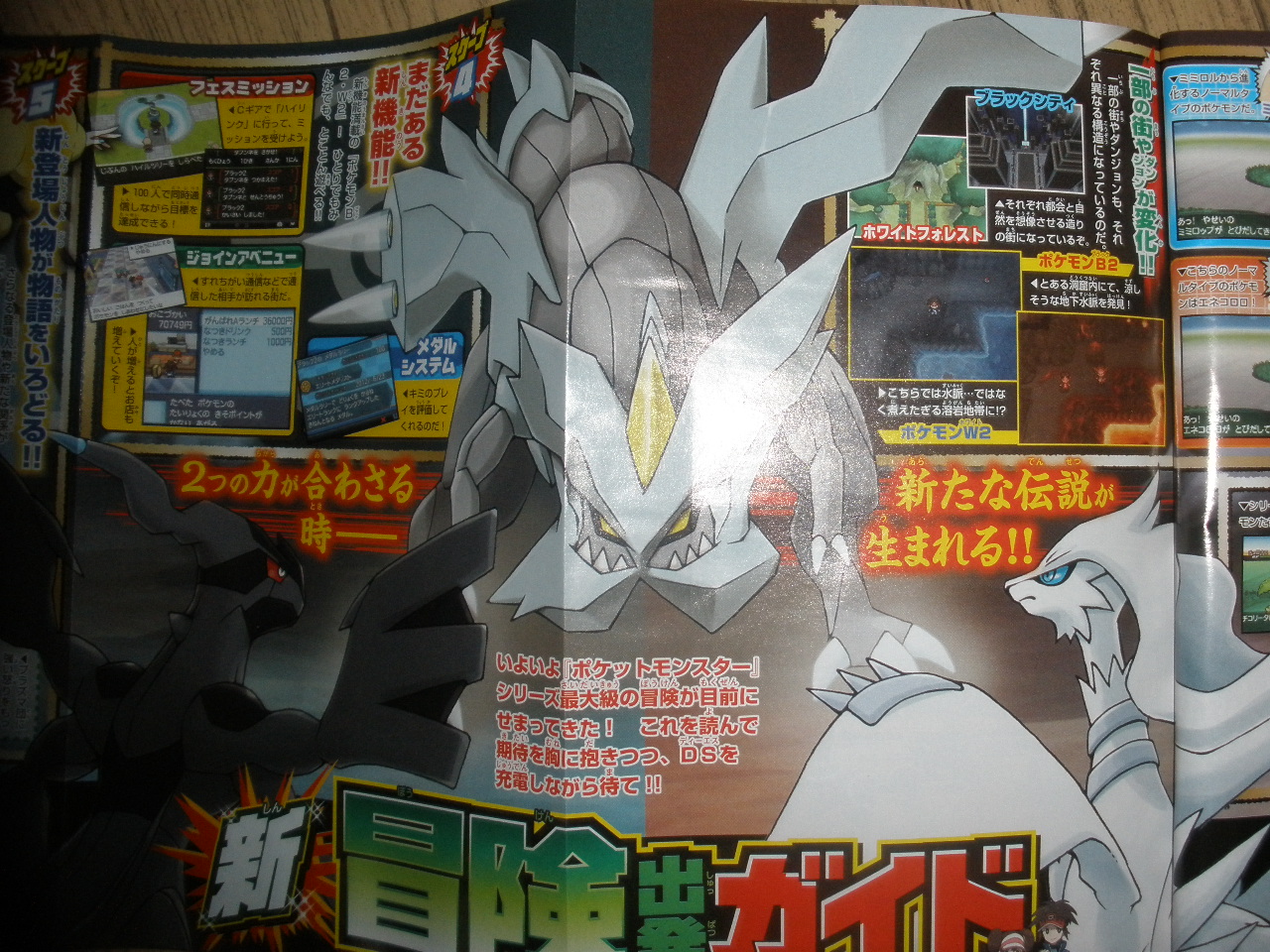 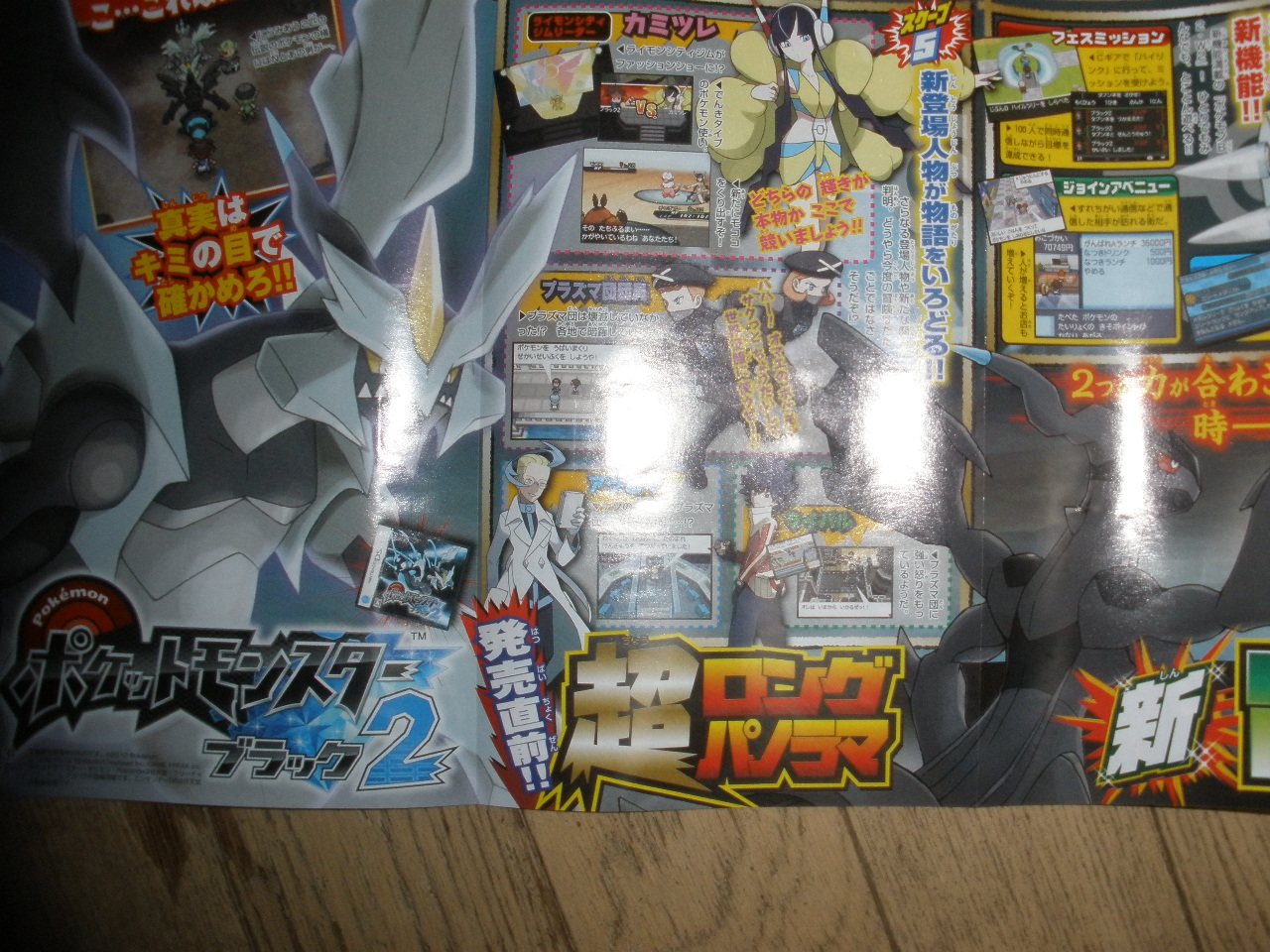 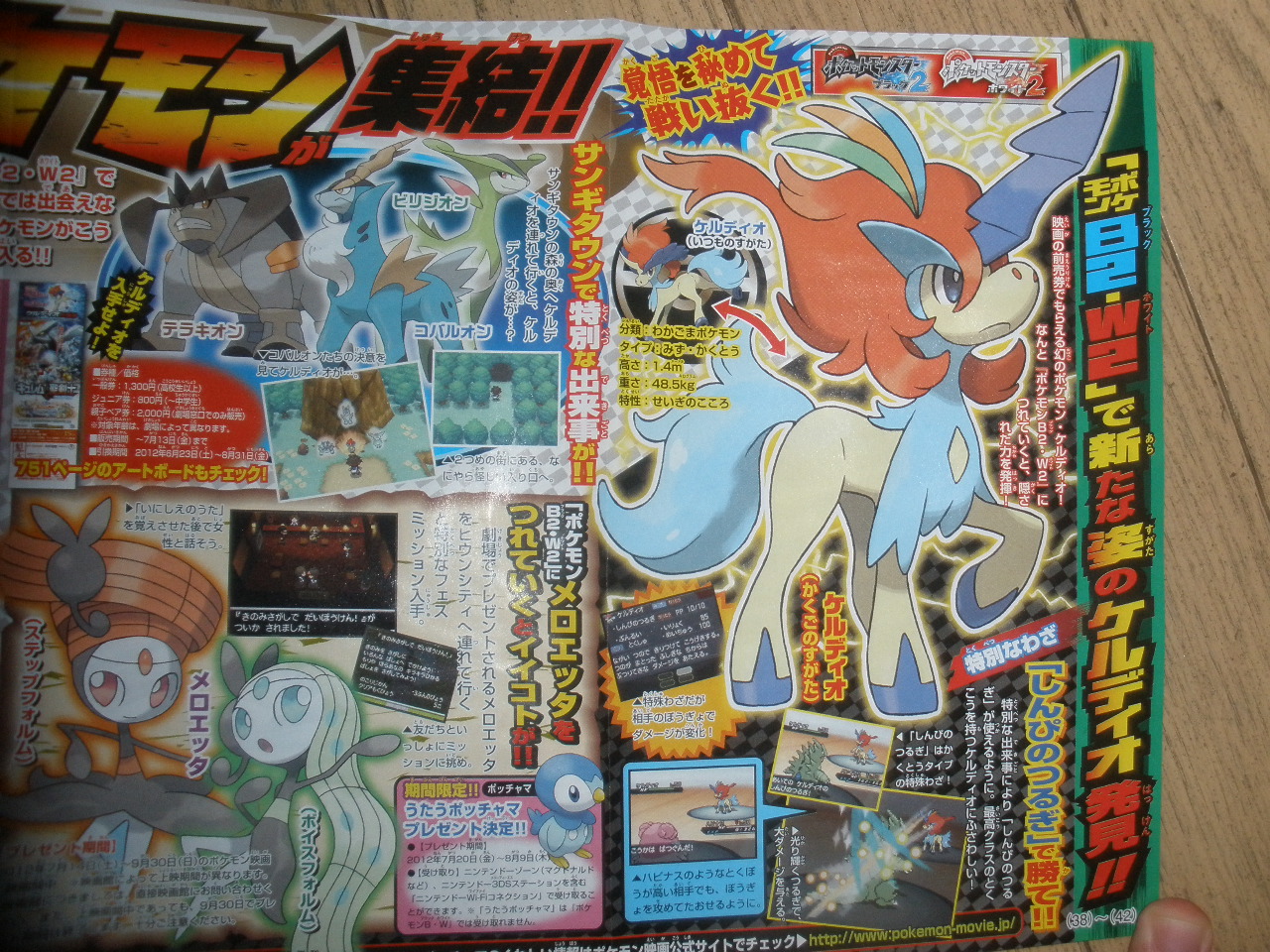 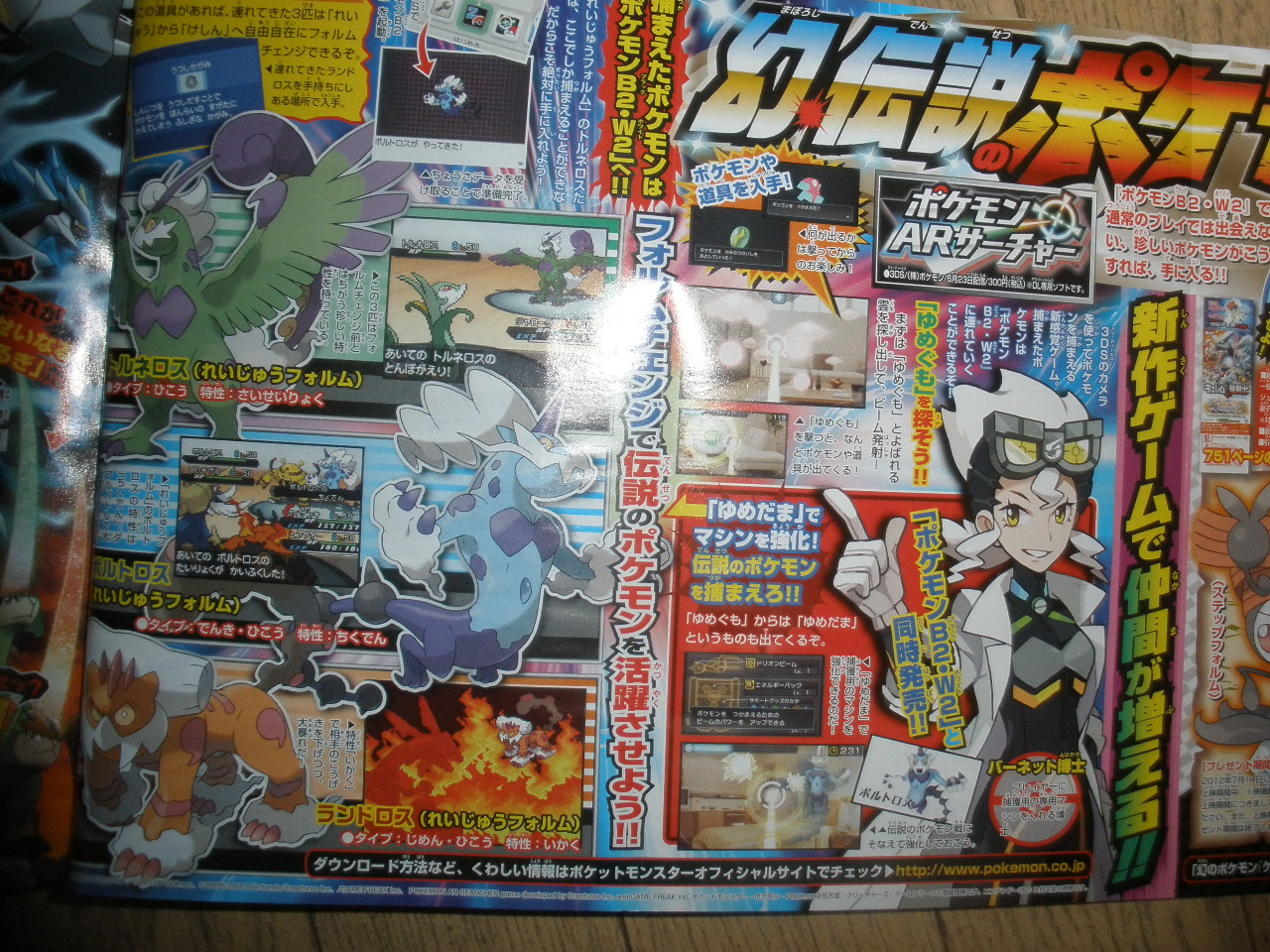 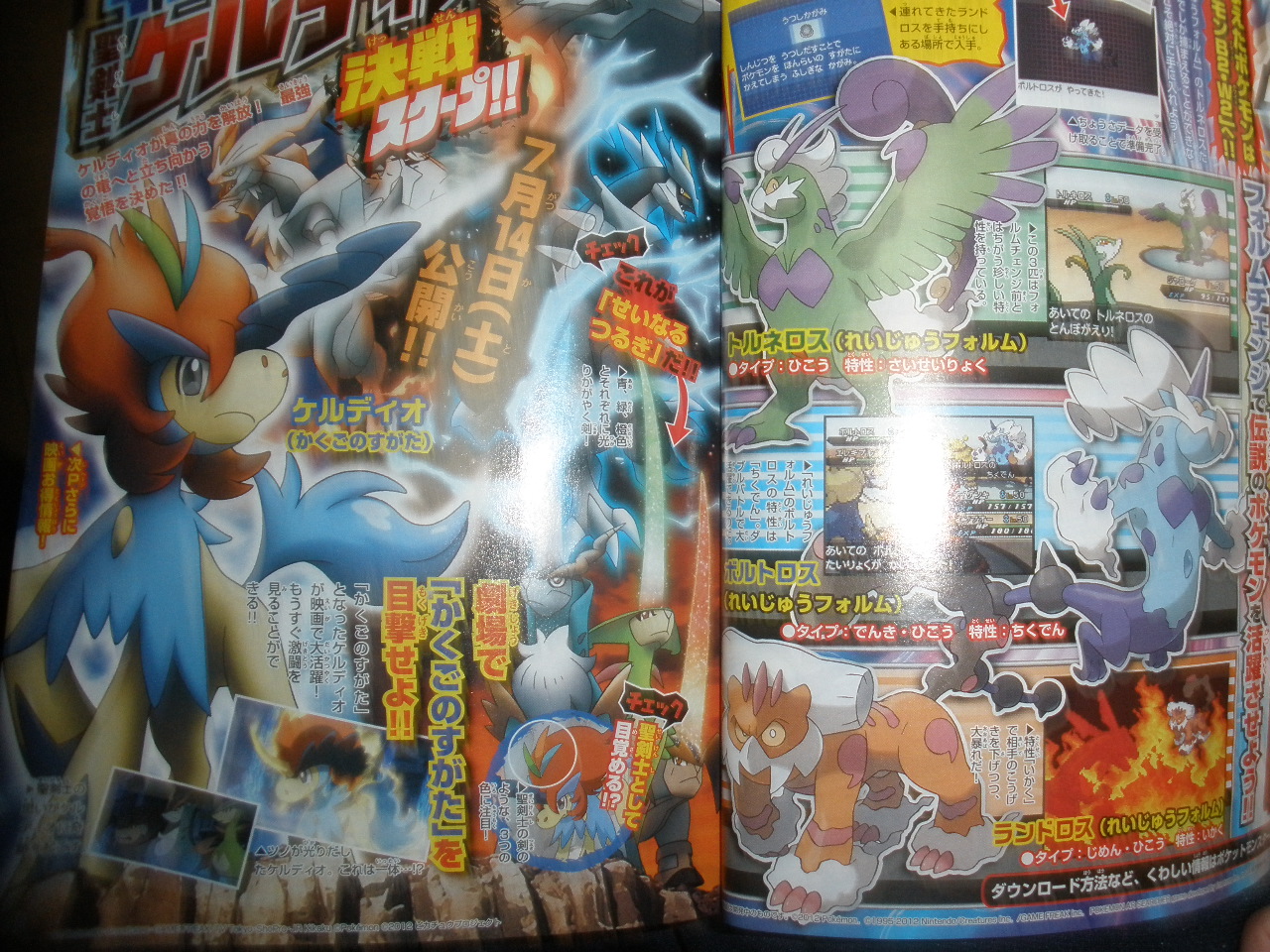 Update: All Pokémon-related pages of CoroCoro have leaked and they confirm what was reported earlier, along with new information.

As always, you’re welcome to drop by our B2/W2 thread in the forums to talk about everything regarding the games!