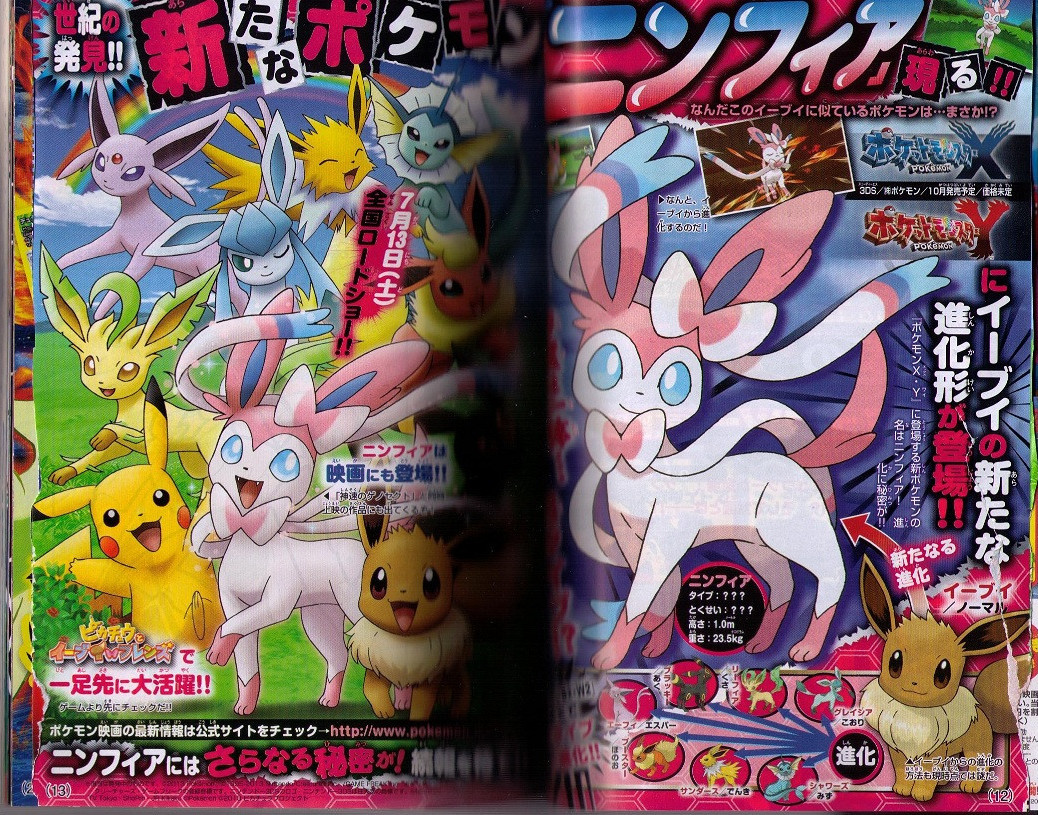 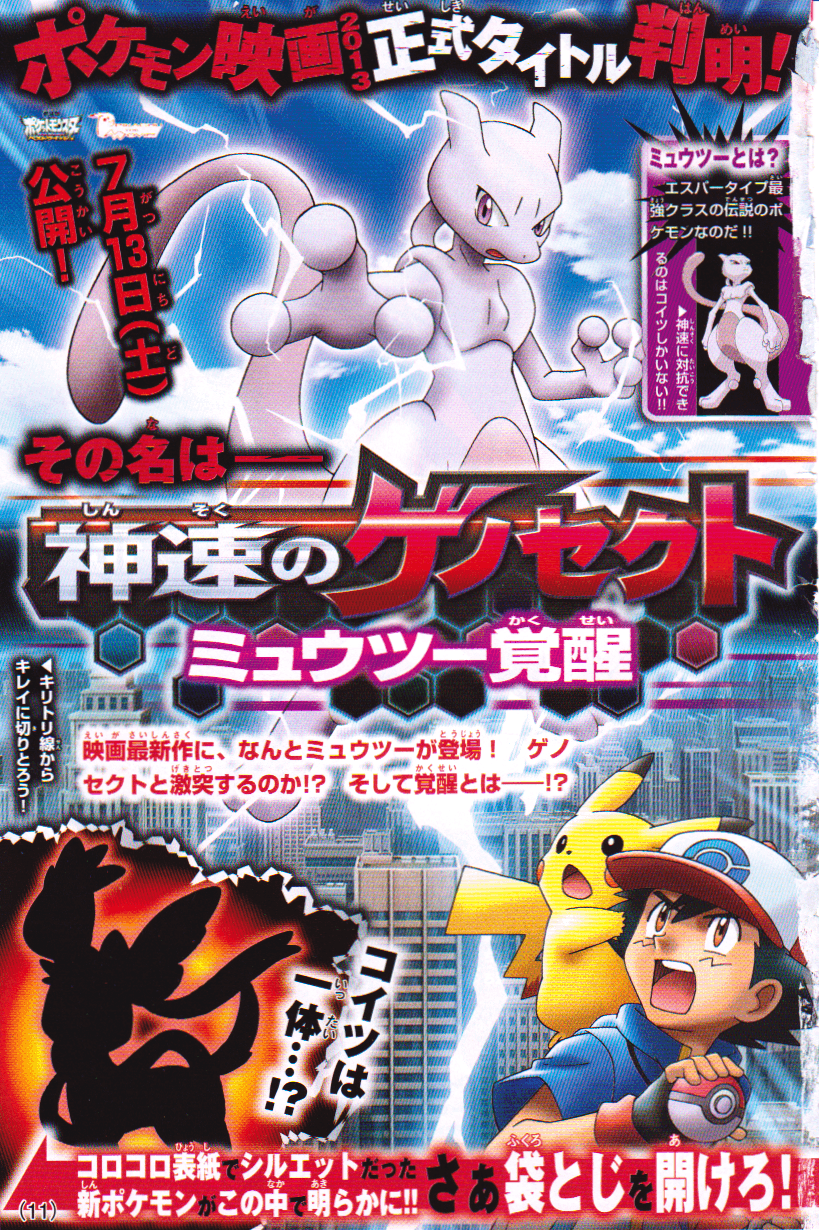 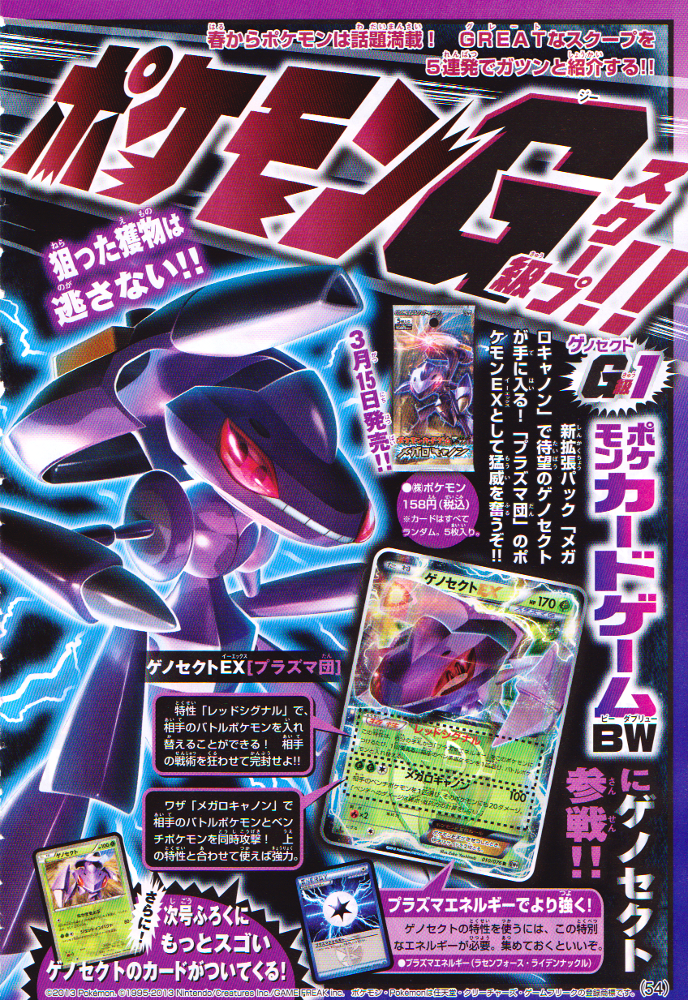 The first pictures of this month’s issue of CoroCoro have started leaking and they reveal a new Pokémon, specifically a new Eeveelution, as many fans had predicted some time ago. The new Pokémon is called Ninfia (its name follows the pattern of Leafeon [Leafia] and Glaceon [Glacia], could its English name be Ninfeon or perhaps Nympheon?), its height is 1.0m and it weighs 23.5kg. Its type as well as its evolution method are not revealed for the time being.

Moreover, the name of the upcoming movie, featuring Genesect has been changed to Extremespeed Genesect and Mewtwo’s Awakening. Considering previous movies have led us to believe there only one Mewtwo in the Pokémon world, could this be the return of that one Mewtwo?

So what do you believe Ninfia’s type will be?

Update: A new picture has surfaced and it announces a new game in the Pokémon Rumble series. The new game, called Pokémon Rumble U, will be a download-only title for Wii U that will feature all 649 Pokémon of generations I-V. It will also feature 4-player battles with up to 100 Pokémon battling at the same time. It’s set for release this Spring in Japan.

Update: And another scan, this time revealing the first two cards from the upcoming Japanese TCG set, Megalo Cannon. Genesect and Genesect EX will both be in the set.

Update: As revealed by the video below, the new Eeveelution will be called Sylveon in English (French: Nymphali, German: Feelinara). Its type and evolution method still remain a secret though.