Two Pokémon XY Themed Nintendo 3DS XL versions have been announced for the Japanese market. A blue one featuring Xerneas and Yveltal and a gold one featuring the two legendaries, as well as the three generation VI starters. They will be available starting on the 12th of October. The blue one will be sold in most stores, while they gold one will be exclusively sold at Pokémon Center stores. Both versions will have either Pokémon X or Pokémon Y installed on their SDHC card and will be sold for ¥22800.

What is more, we have a picture of a new Pokémon. It is a Steel/Ghost Pokémon that looks like a sword. We currently don’t know its English name, but it will be called Monorpale in French.

Update: The English name of the sword-like Pokémon is Honedge.

Last but not least, there is a new Japanese video about the games, although nothing new seems to appear in it. 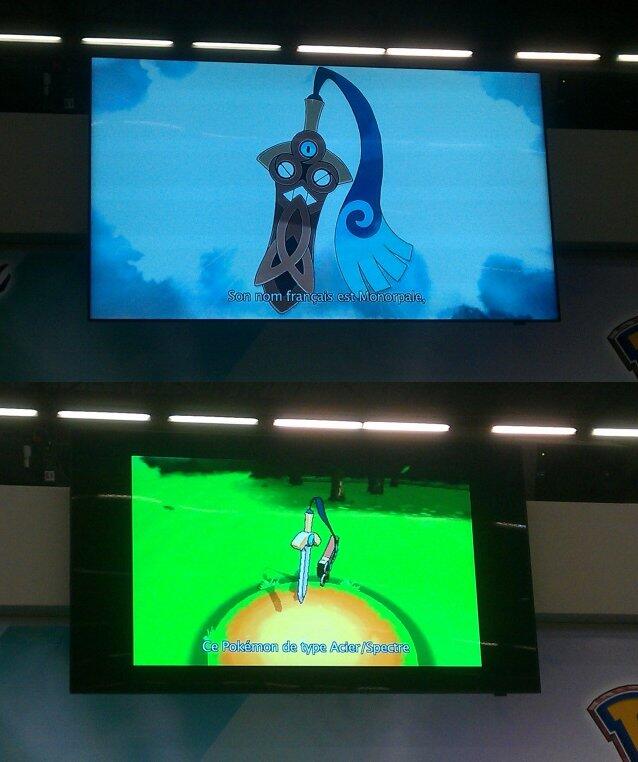