The Coro Coro magazine’s August 2013 issue leaked today and gave as a lot of new information about Pokémon XY. This includes 5 new Pokémon, some more details about Xerneas and Yveltal, 2 gym leaders and an organization we can suppose is the games’ villainous team.

Xerneas is the Life Pokémon. It is a pure Fairy type, and its ability Fairy Aura raises the power of Fairy type moves. Its signature move is Geo Control, which shoots seven colored beams of energy from the ground.

Yveltal on the other hand is the Destruction Pokémon. It is dual typed, Dark/Flying type Pokémon with the ability Dark Aura, which raises the power of Dark type moves. It has Death Wing as its signature move, which makes dark energy come down from the heavens to hit the foe.

One of the new Pokémon is Goronda, the Aggressive-looking Pokémon. Goronda evolves from Pancham with a currently unknown new method of evolution. It is a Fighting/Dark type Pokémon, which can have Iron First or Mold Breaker as its ability and can use the move Hammer Arm.

The second new Pokémon shown is Maika, which looks like a squid. It is called the Spinning Pokémon and is a Dark/Psychic type Pokémon. Its abilities are Contrary and Suction Cups. It can use Reverse, a new Dark type move that reverses the enemy’s stat increases and decreases.

Using another new method of evolution, Maika evolves into Karamanero. Karamanero is called the Reversal Pokémon. It shares its typing and abilities with Maika, and can use the move Hypnosis.

The next new Pokémon is Shushupu. It is the Perfume Pokémon and is a Fairy type. Its ability is Healer and it can use Aromatherapy. It is exclusive to Pokémon Y, and so is Skrelp.

The last new Pokémon is Peroppafu, which is called the Cotton Candy Pokémon. It is another Fairy type Pokémon. It has a new ability named Sweet Veil, which prevents its allies from falling asleep. It can use Drain Kiss, a new move which restores its own HP. It is exclusive to Pokémon X, and so is Clauncher.

The Pokémon we saw a few days ago, Honedge, is the Dagger Pokémon. Its ability has been revealed to be No Guard.

Two Gym Leaders were also shown. The first one is Zakuro, a mysterious Gym Leader specializing in playing sports. The second one is Citron, who enjoys new inventions.

Members of an organization named Team Flare are shown in the scans wearing red suits. Their aim is to gather money. We can assume this is the new villainous team.

The Kallos Region’s professor is named Professor Platane. He gives the players their starter Pokémon.

Lastly, a new feature named Player Search System is shown, which connects player. It includes Miracle Trades, the Global Trade Station, Happy Sign and a Holocaster, which informs the players about official tournaments and news.

Update: There is a new gameplay trailer, showing mostly the same things as the scans.

You can see all of the scans below. 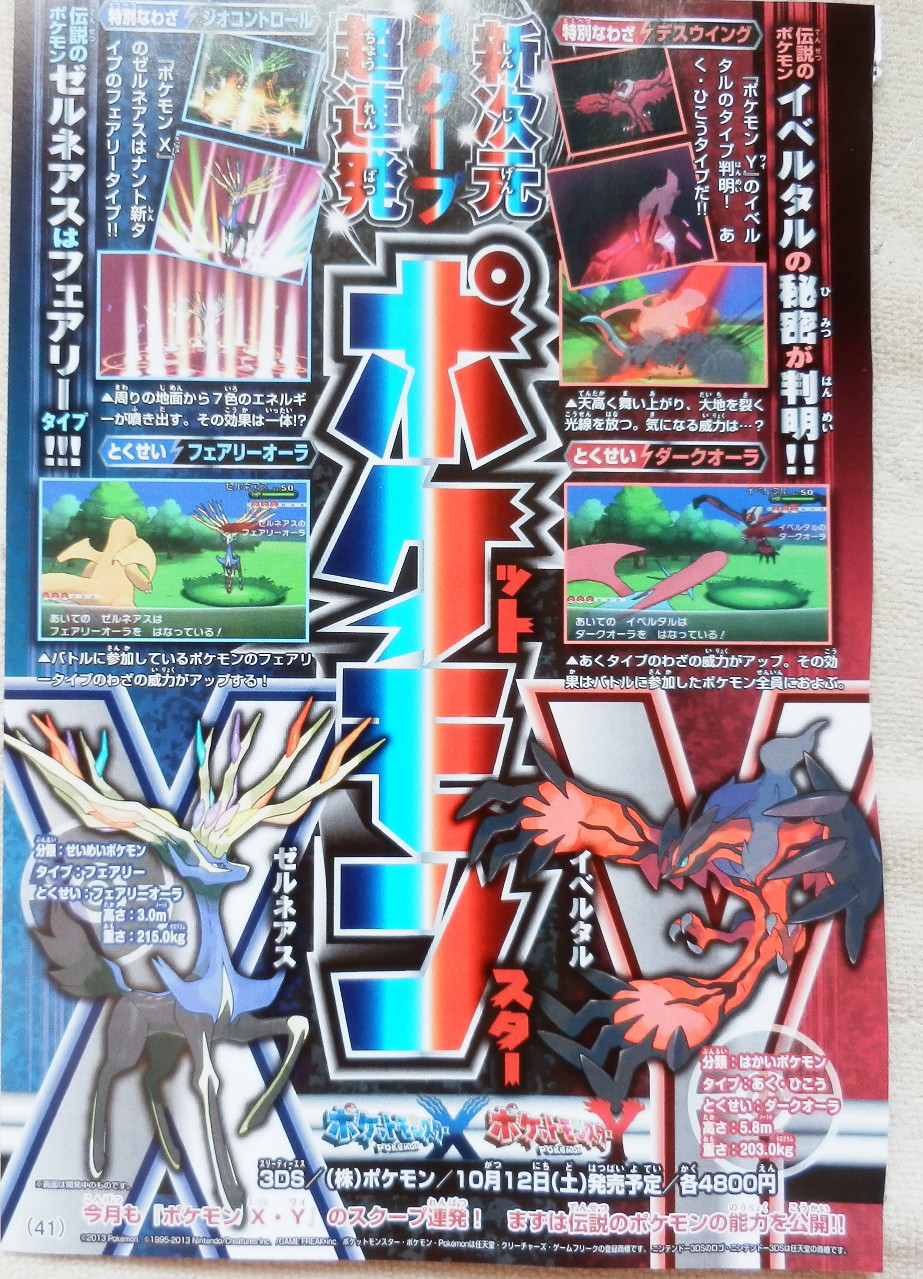 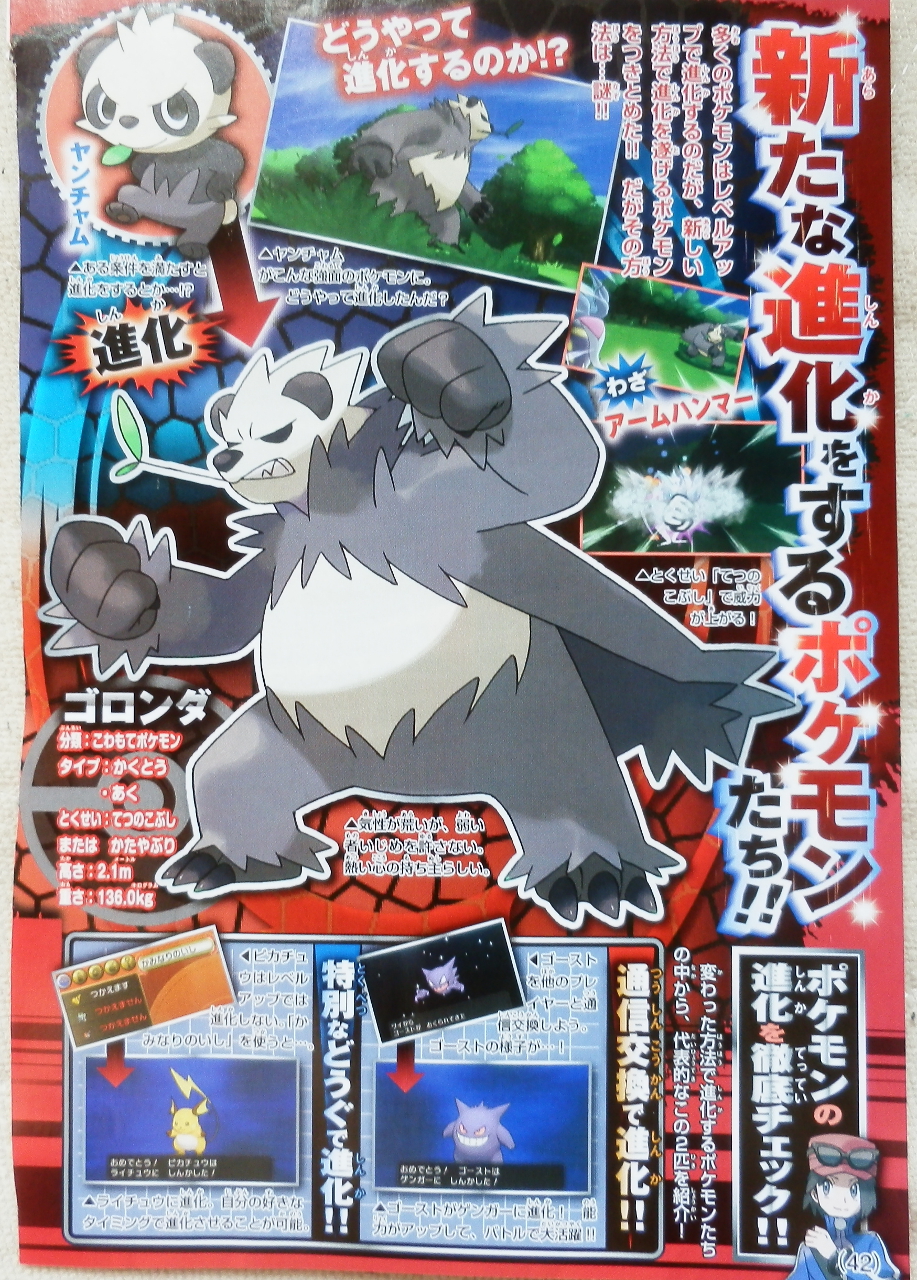 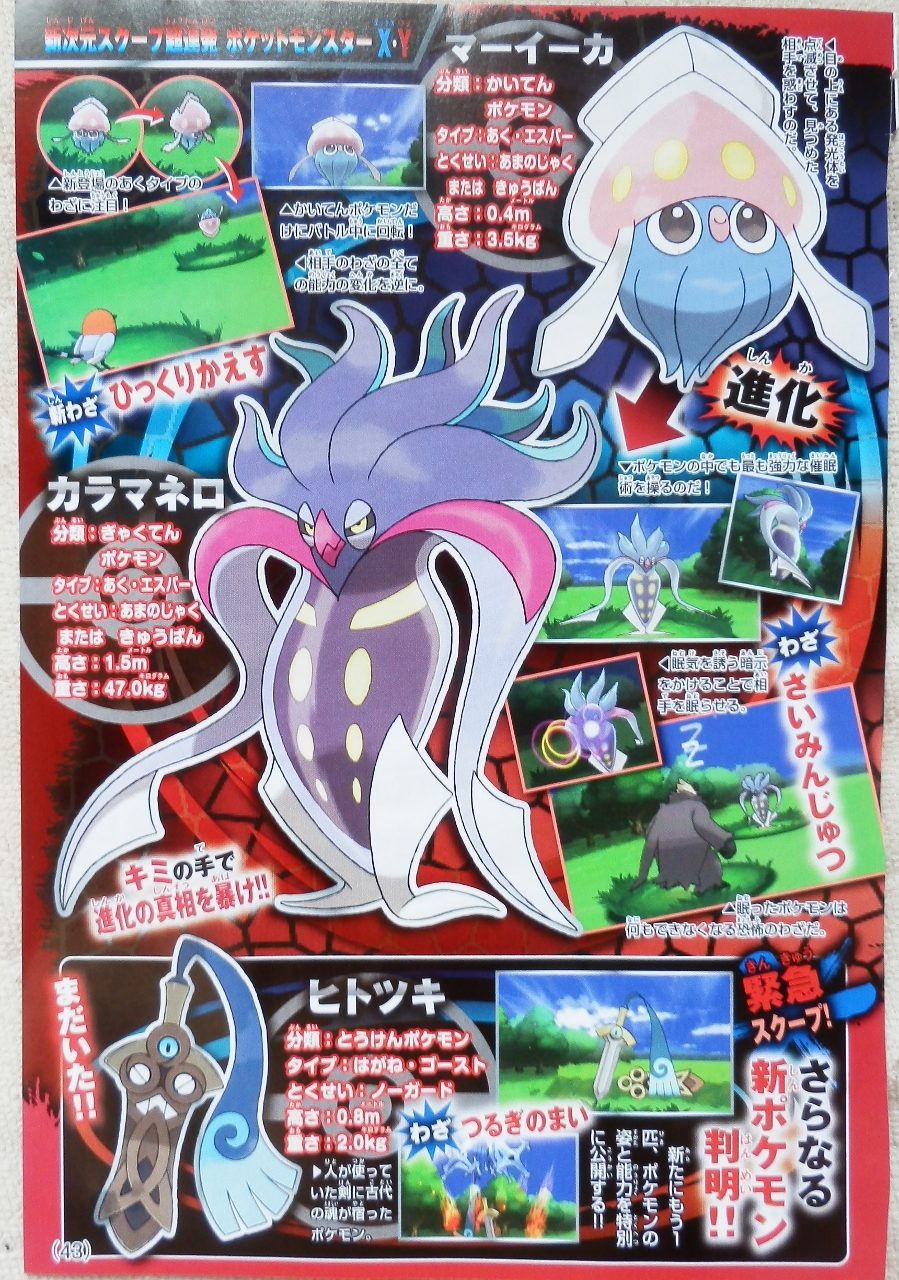 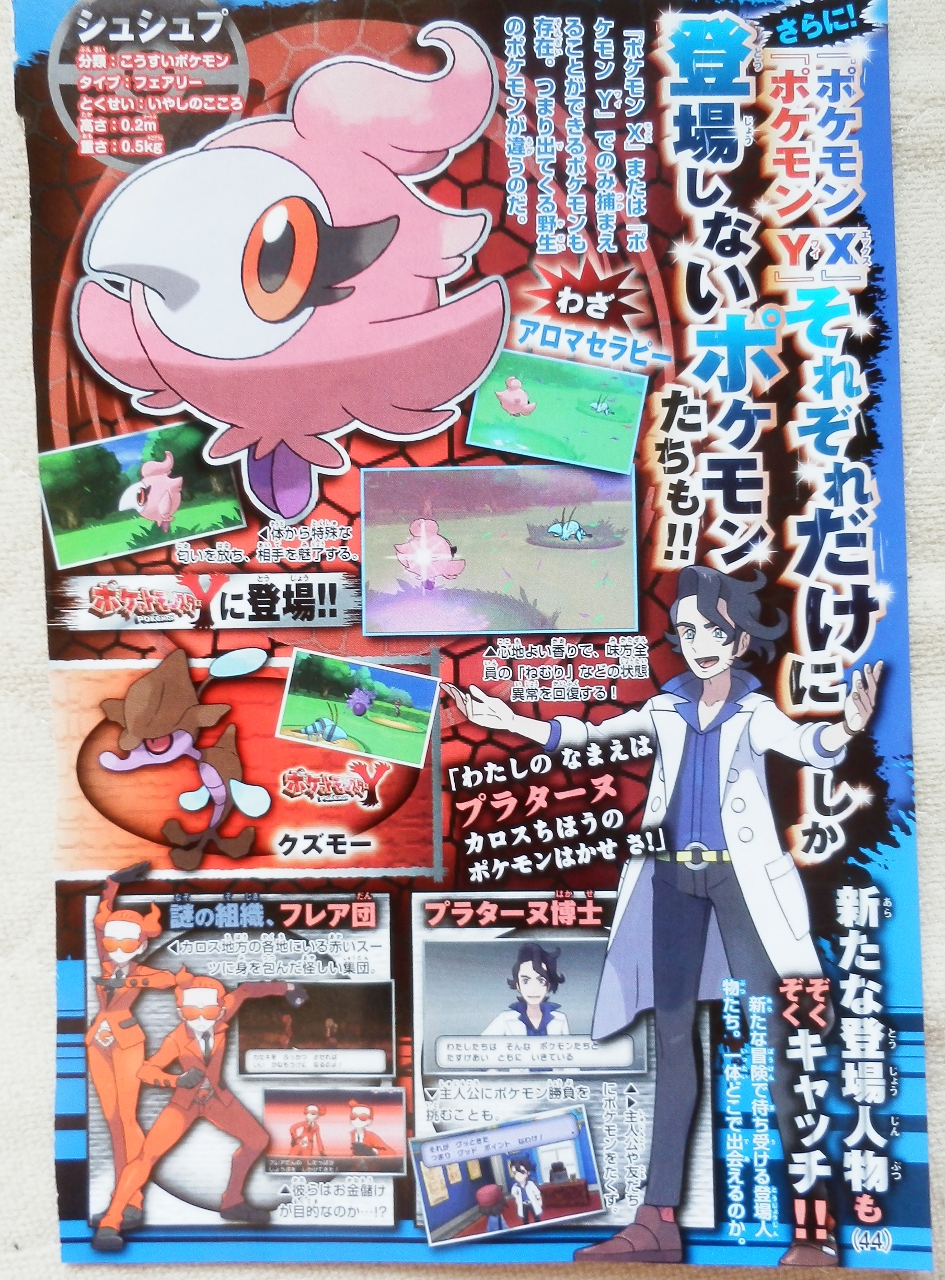 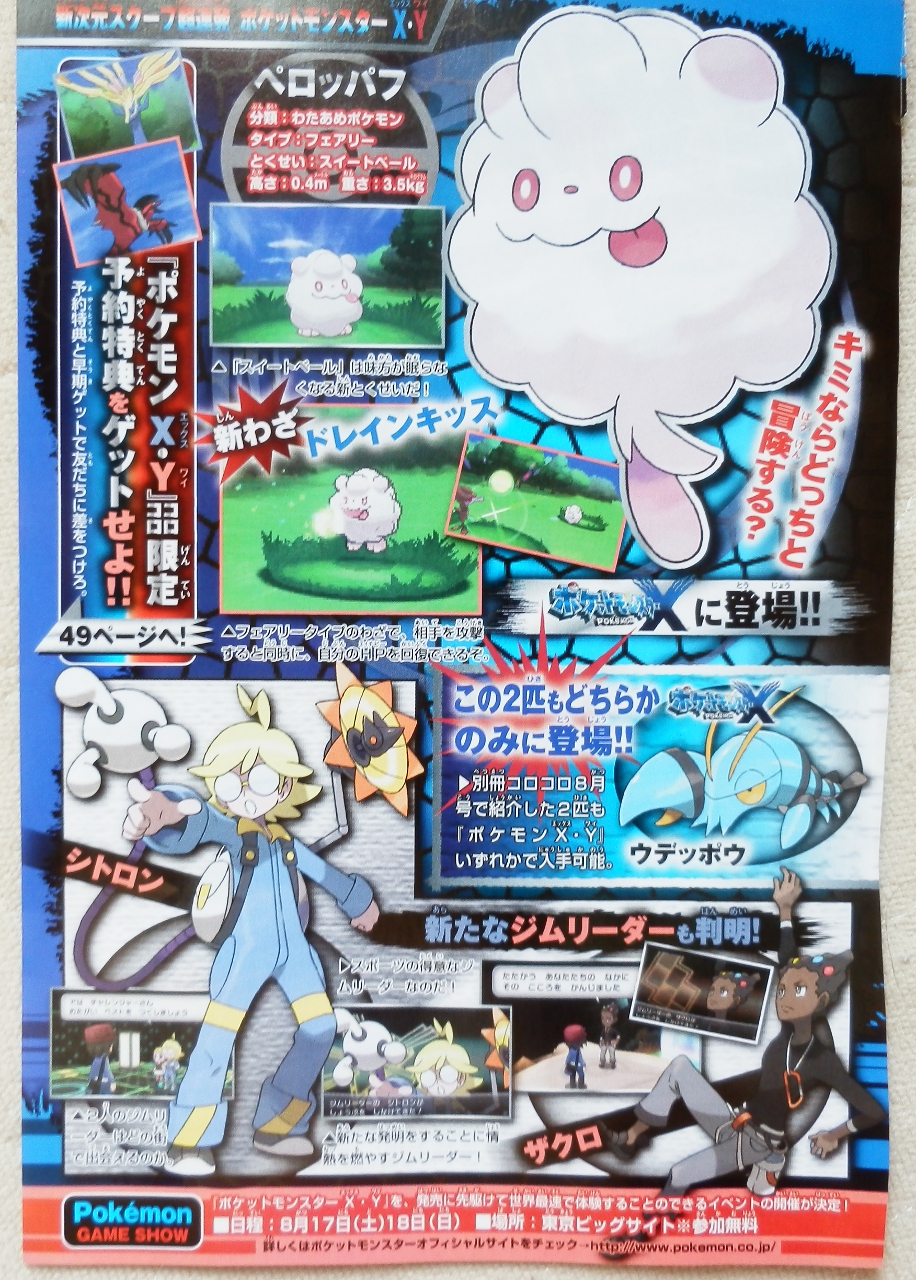 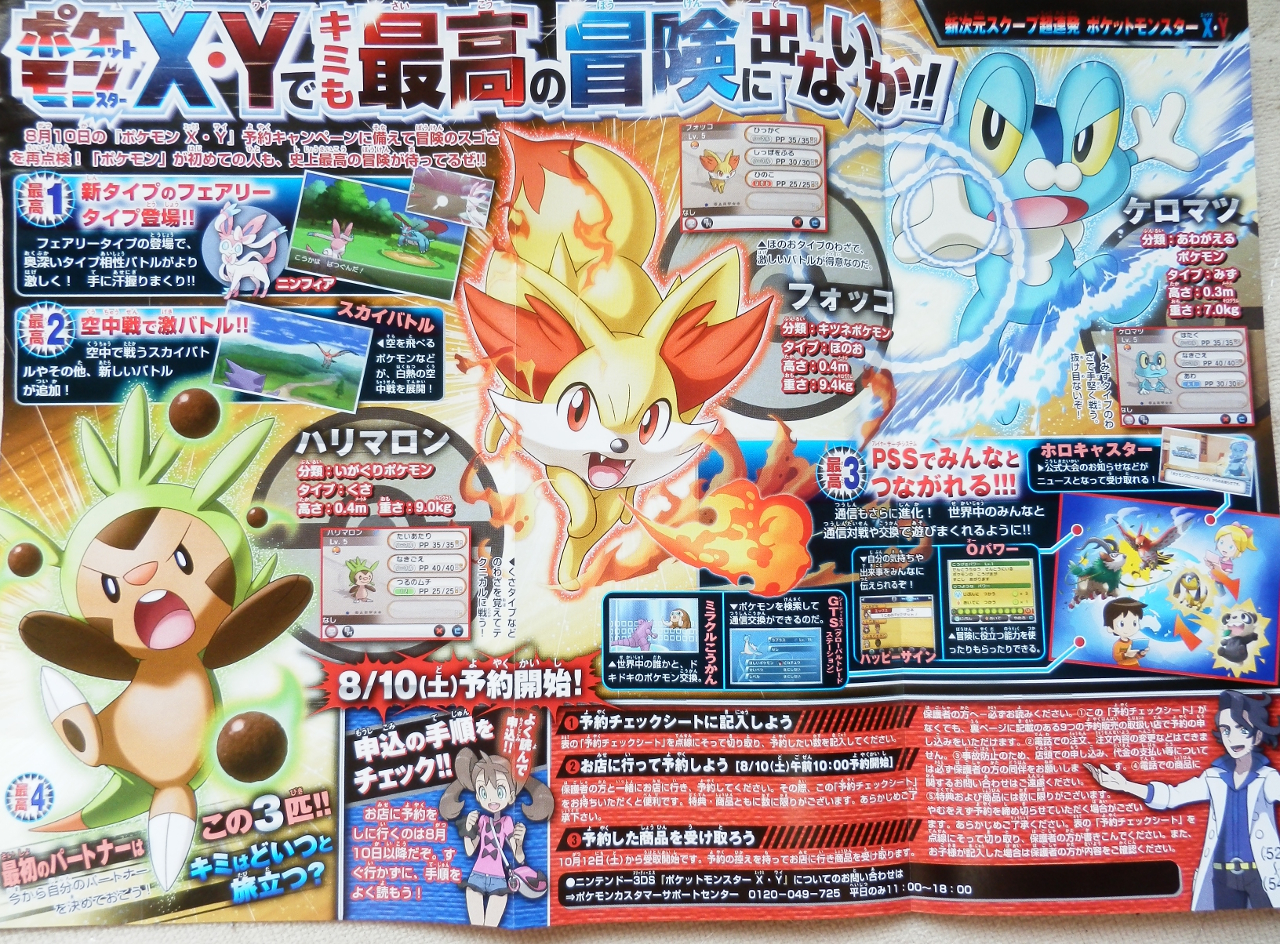