It appears that CoroCoro has leaked early once again. While we can’t say for sure if the following information is authentic until it’s up for grabs, it looks very probable. The new bits of information are now confirmed.

A new mechanic, aptly named Mega Evolution is outlined by the appearance of several old Pokémon in their Mega form. A new Gym Leader called Koruni [コルニ] apparently holds the key to Mega Evolutions. The first event (of two according to our own information) for Pokémon X & Y is a Torchic (October 12th to January 15th) holding the item Blazikenite which is related to something called the Mega Stone and is also unobtainable during normal gameplay.

Update: Clearer CoroCoro pictures reveal that the new Mega Pokémon are only available during battles and need a Mega Stone to Mega-Evolve. Not all Pokémon have Mega forms. There’s also an area in Kalos, the Master Tower that is connected to Mega Evolution. Finally, the Super Training facility is revealed which helps the player raise the Pokémon’s “Kiso” points, its Effort Points that is.

The Mega Evolutions revealed are:

It is also mentioned that the next issue of CoroCoro (due around September 15th), the last one before the games are released, will contain more new Pokémon and more new Mega Evolutions as well as an updated typechart that includes the new Fairy-type. 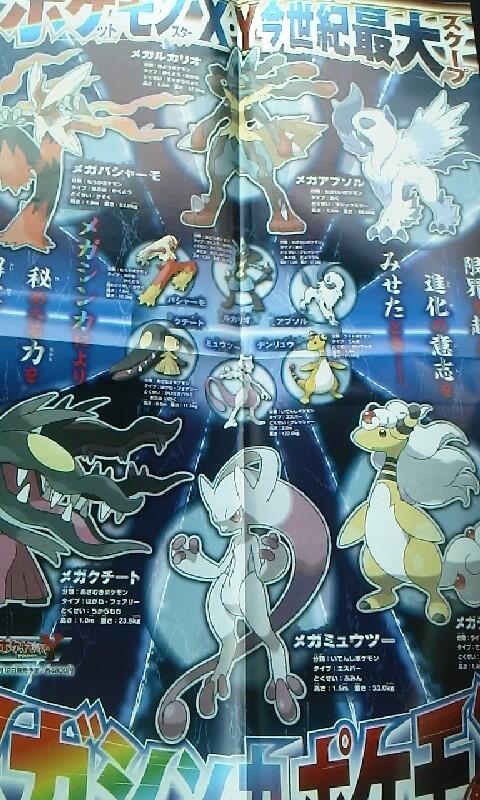 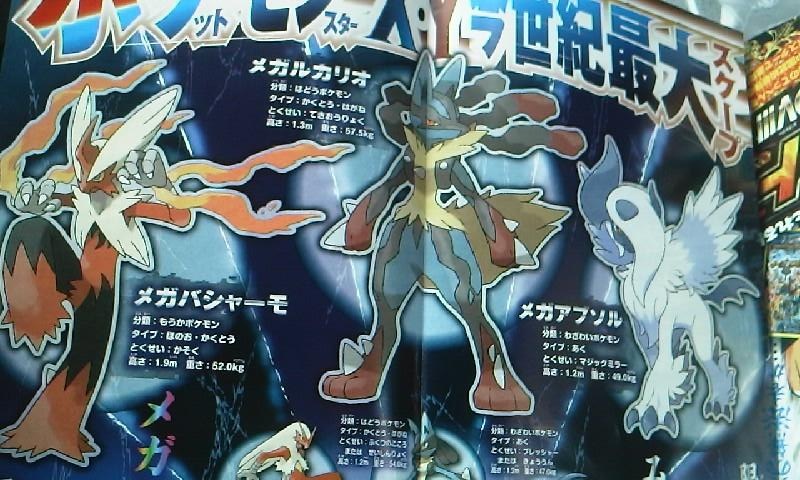 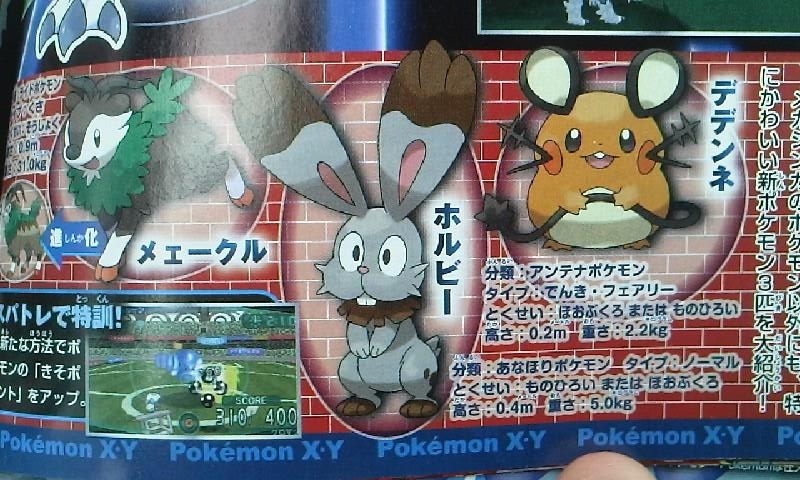 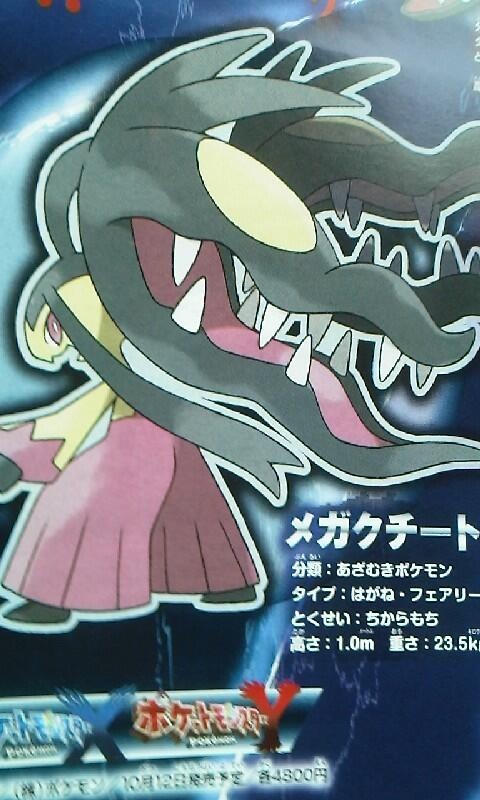 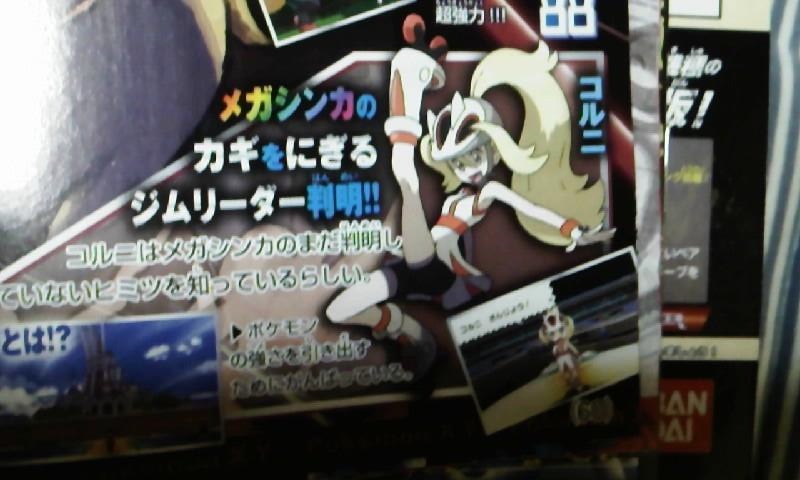 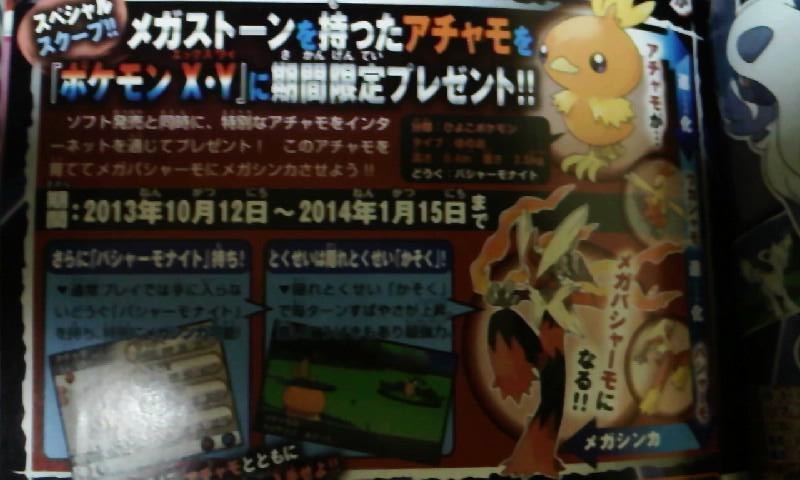 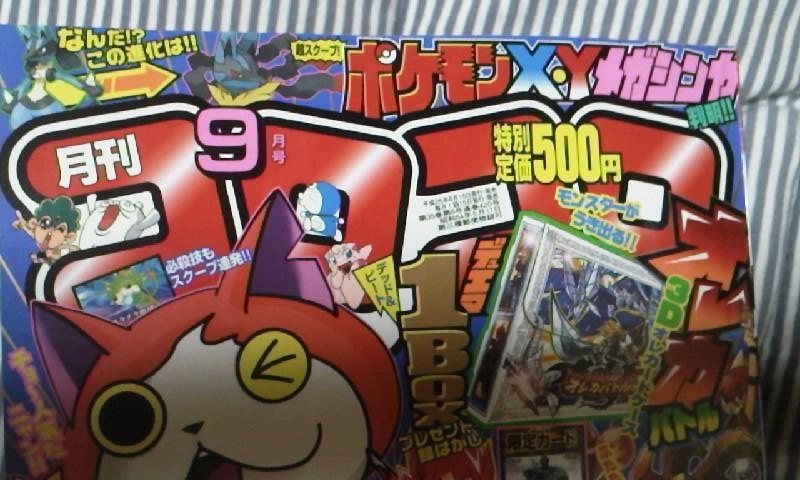