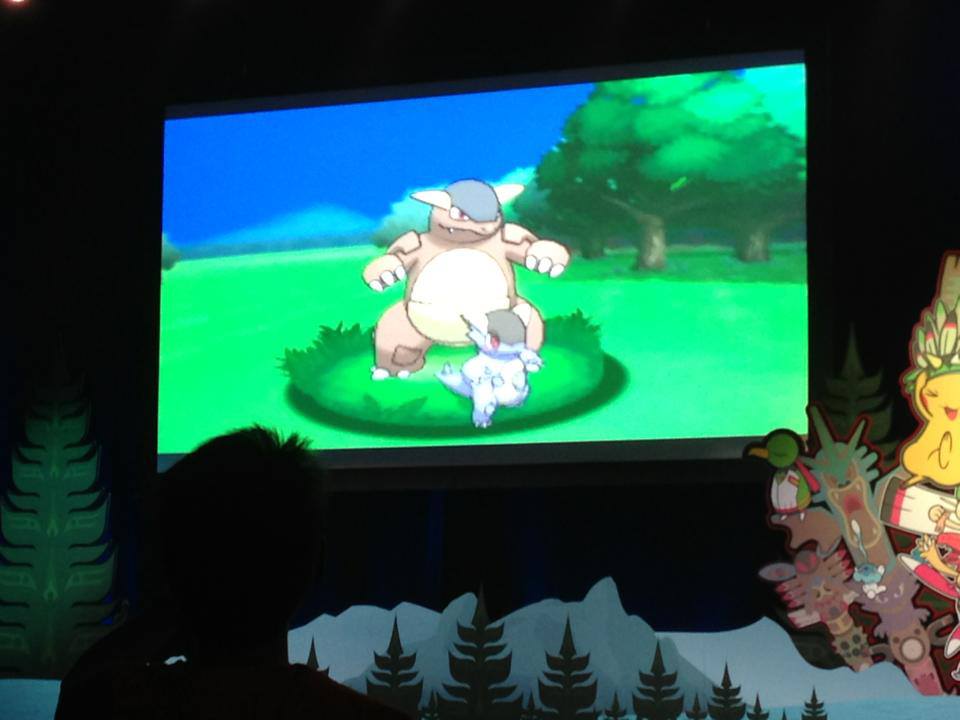 Junichi Masuda has just revealed Mega Kangaskhan during the opening ceremony of the 2013 World Championships. Kangaskhan’s baby actually comes out of the pouch in its Mega form and fights alongside its mother. Mega Kangaskhan has the ability Parental Bond which lets it attack twice! Not much else is currently known about it but the official website will most likely post more details about Kangaskhan soon.

Update: The first video of Mega Kangaskhan’s announcement has been uploaded, check it out below!