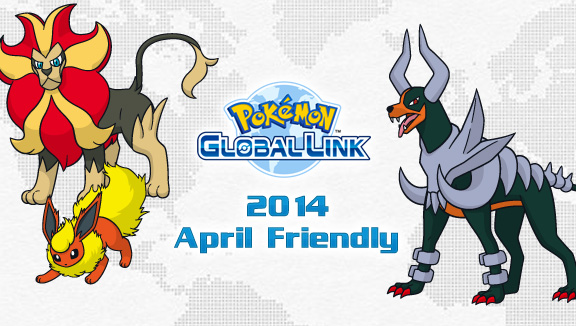 As announced in the official Pokémon website, the next Wi-Fi tournament for X & Y is here. Registrations for the 2014 April Friendly start on Thursday, April 17th and last until Thursday, April 24th while the actual tournament will run from Friday, April 25th through Monday, April 28th. The battle format used will be Single Battles with Pokémon being turned to Lv.50 for the battles and every Pokémon in the Kalos Pokédex is allowed, including the often banned legendaries. Pokémon not found in the Kalos Pokédex are banned. Additionally, all Pokémon must be caught or bred in Kalos, Pokémon transported to X/Y via PokéTransporter are banned. Players can register a team of 6 Pokémon and choose 3 of them for each battle. The tournament will keep the 20 battles per day limit that was first used in the Beta Competition. For more information on the regulations, visit the tournament’s page on the official site.