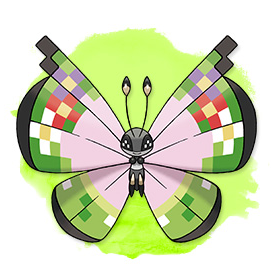 As announced back in May, when the GTS would reach 100 million trades, Vivillon’s Fancy pattern form would be distributed to players worldwide. That milestone has been now reached and the distribution has already begun. Players will be able to receive Vivillon through Mystery Gift by choosing the “via the Internet” option. This special Vivillon also knows the move Hold Hands which is normally unavailable. The event will run from today until July 31st worldwide, so get it while you still can!