The latest CoroCoro has leaked online revealing more Mega evolutions, along with many new details for the latest additions to the Pokémon series.

First of all, the scans officially reveal Mega Latios and Mega Latias for the first time and they’re version exclusives to Omega Ruby and Alpha Sapphire respectively. The special Eon Ticket will make its return and it will allow to catch the other member of the Eon Duo in each game. The distribution will happen via a special serial code that will be given in an upcoming issue.

A new feature is also brought to the series and it’s none other than Flying. For the first time in the series, the player can fly in the sky using Mega Latios and Mega Latias, with the help of a special item called Eon Flute. There they’ll be able find many wild Pokémon, even some Legendary ones like Reshiram, Zekrom, Dialga and Palkia but even more are hinted as CoroCoro states that flying will allow players to find every single non-Event Legendary Pokémon that doesn’t appear in XY and ORAS.

Two new Mega Evolutions were also shown and they’re both from the first Generation. Mega Beedrill is Bug/Poison with the ability Adaptability, while Mega Pidgeot is Normal/Flying with the ability No Guard. The PokéNav was also shown and it received an update. It’s now called MultiNavi and it includes features like Amie, GTS and DexNavi. 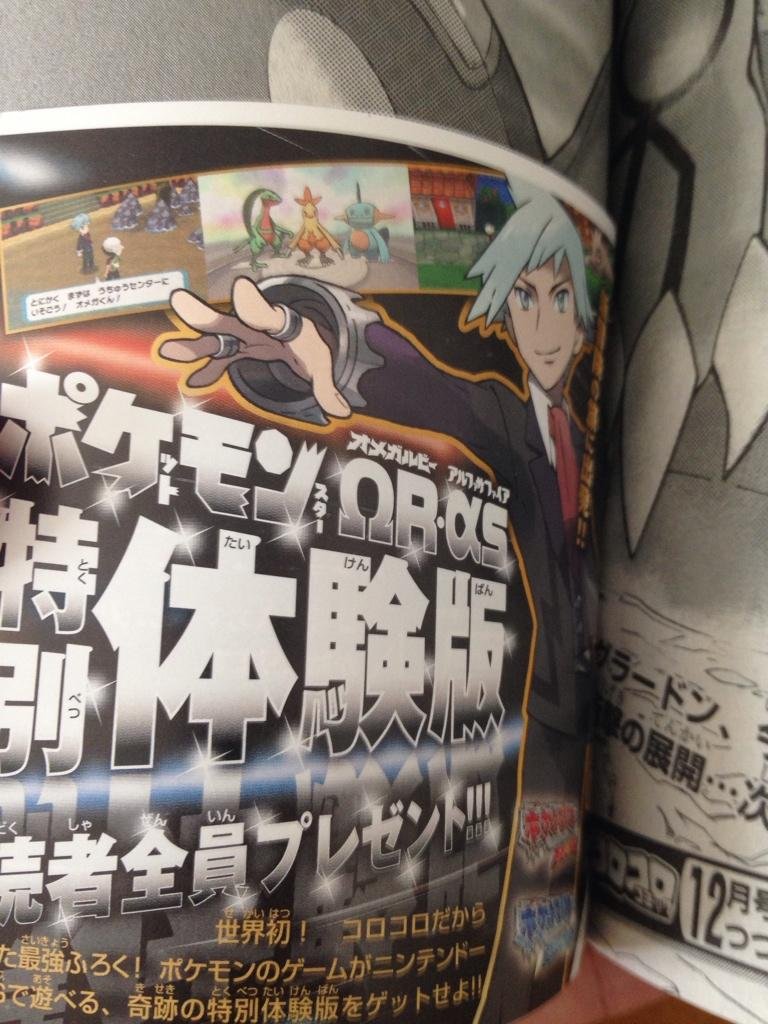 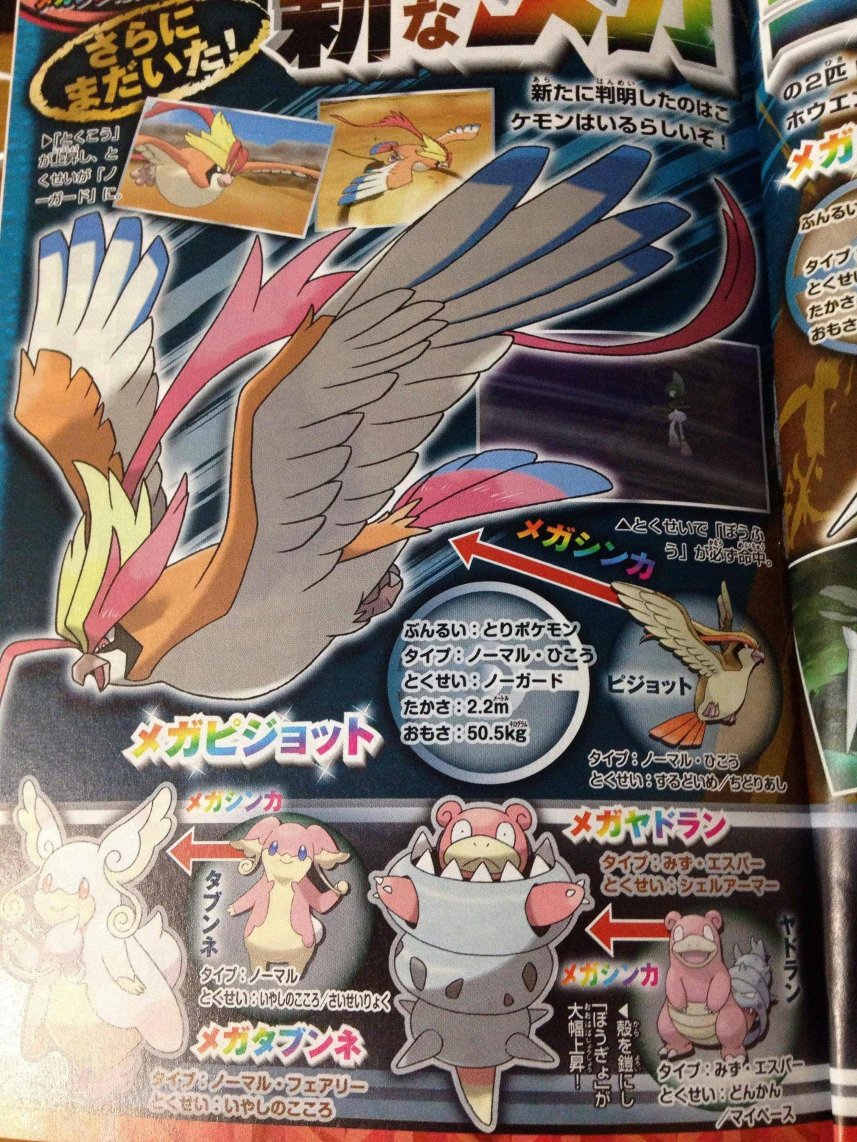 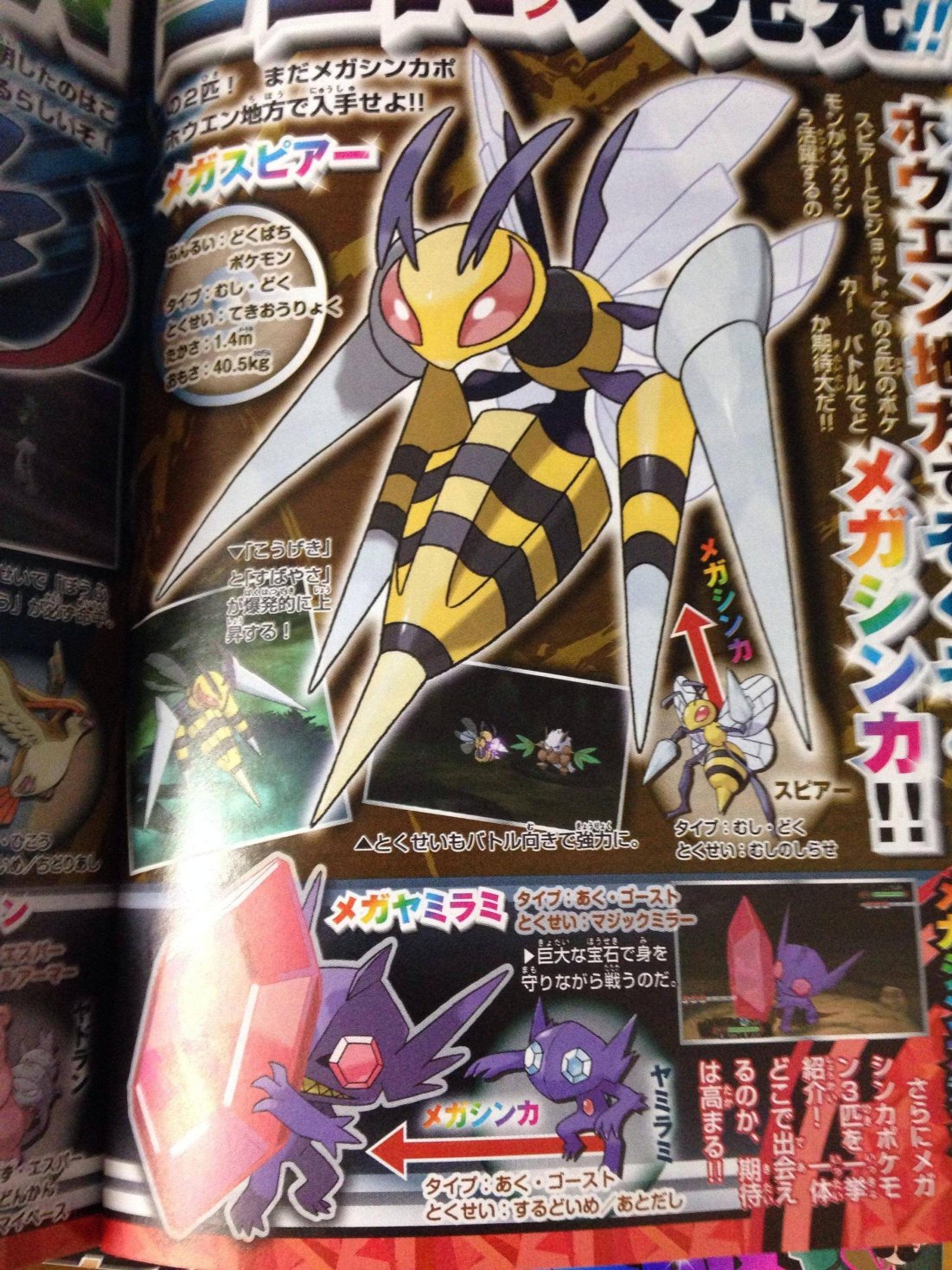 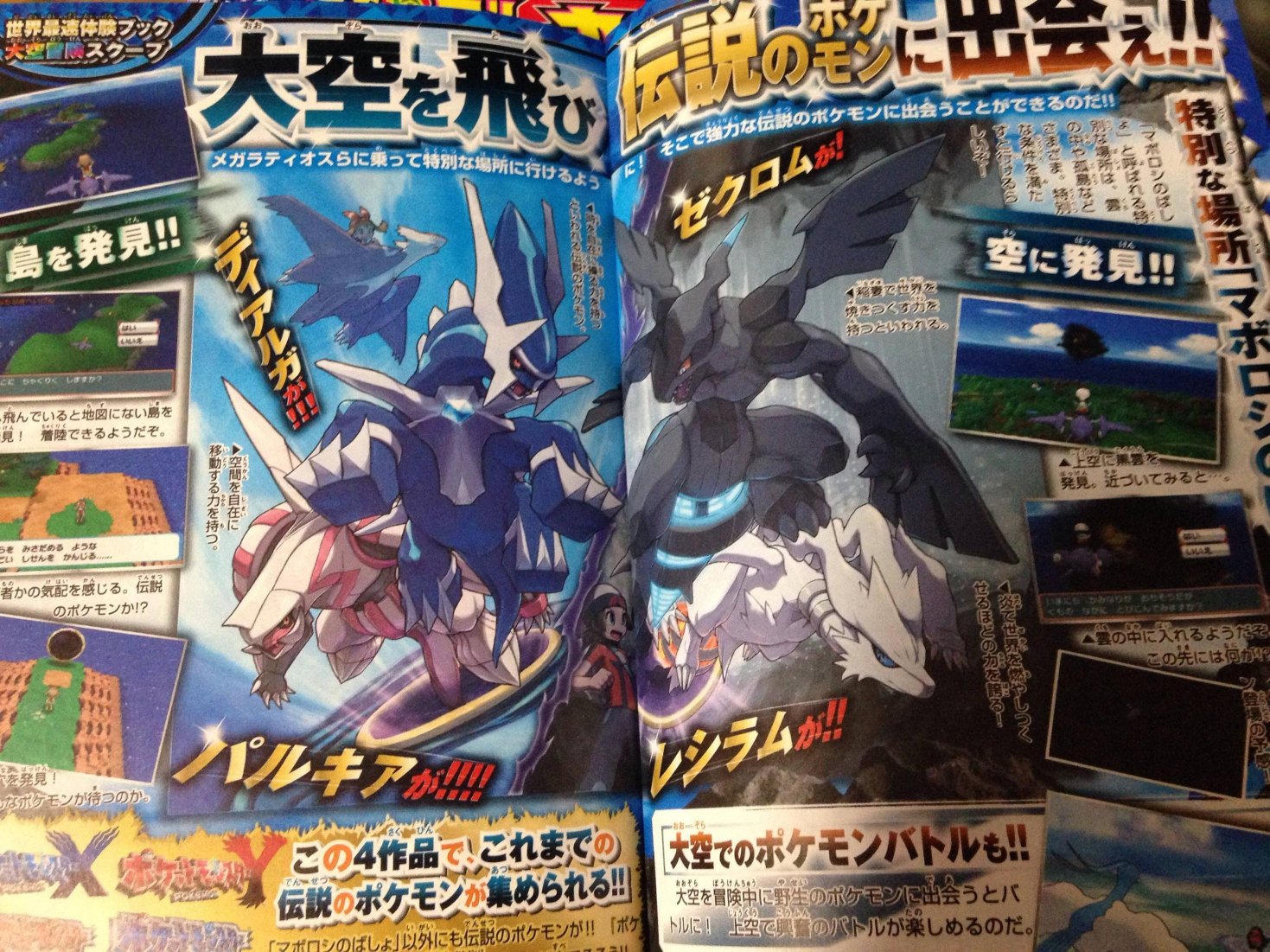 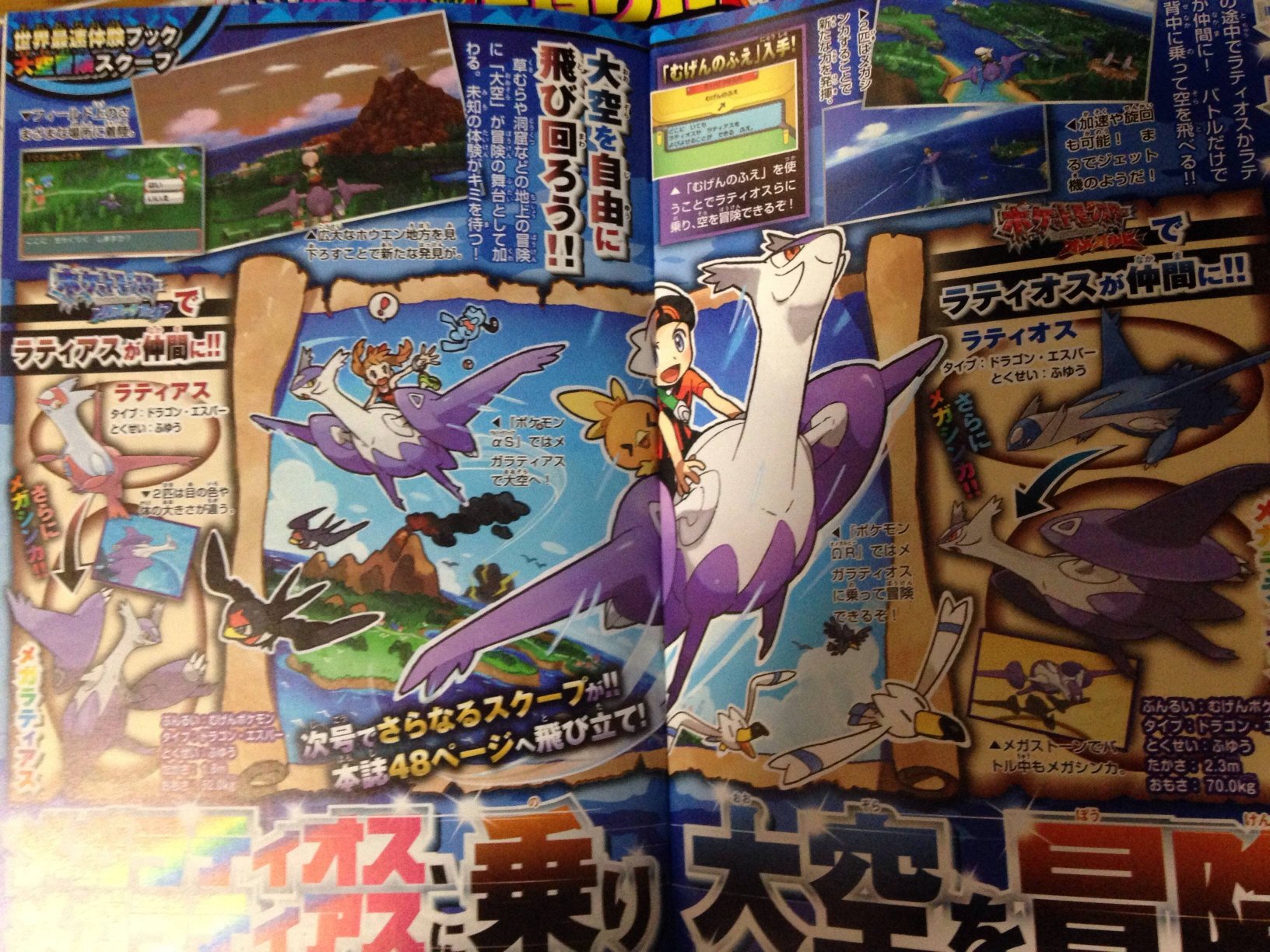 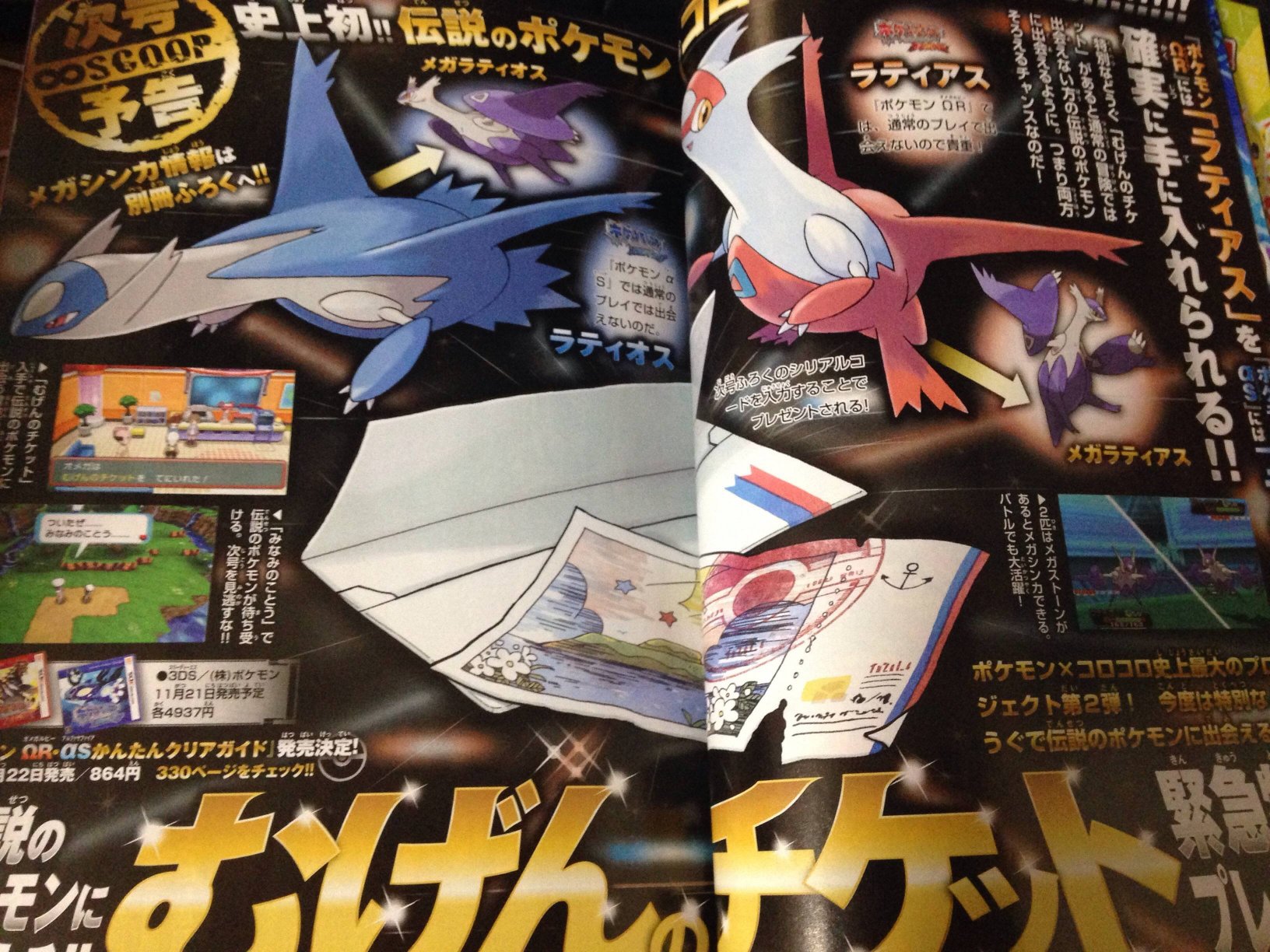 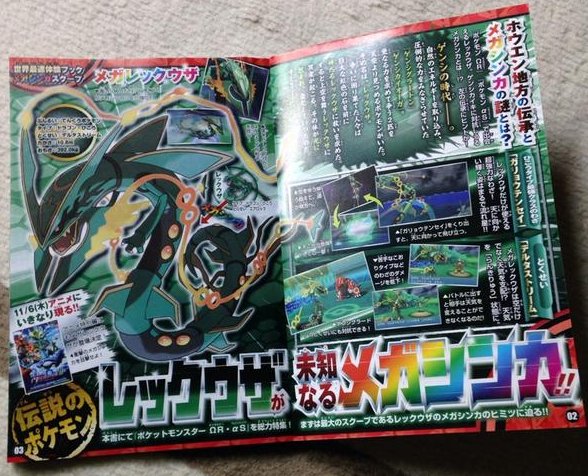 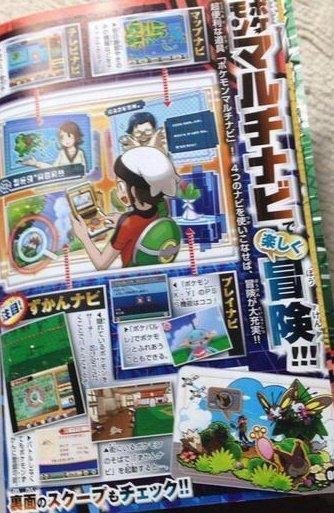 Thanks to Serebii for the scans.